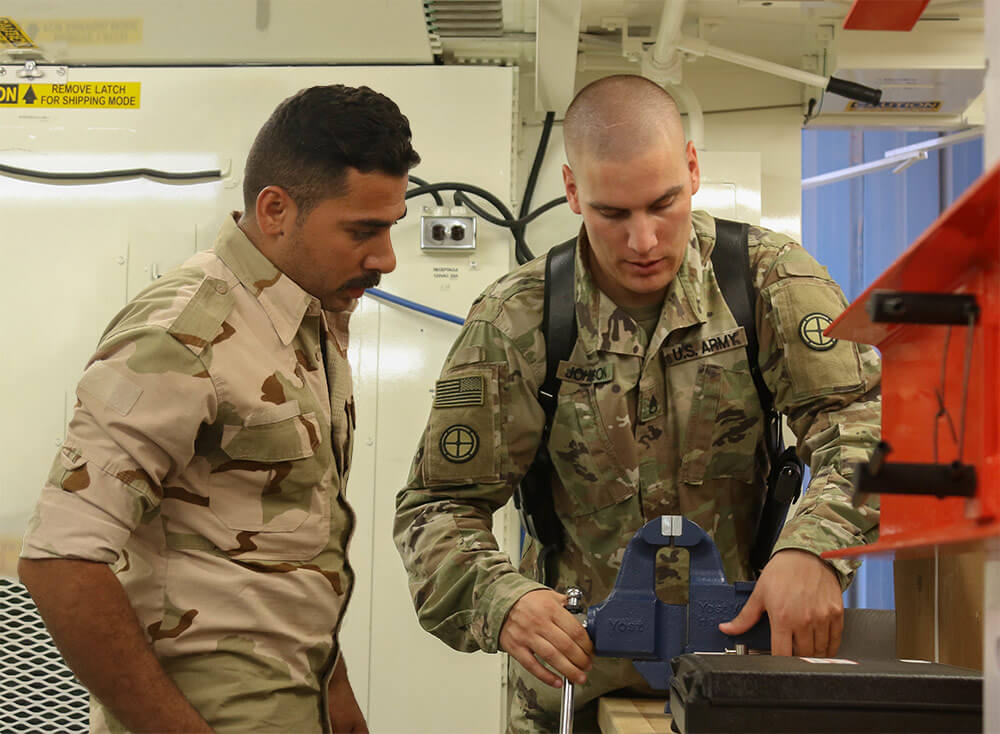 Nearly three years ago, the Iraqi Army Aviation identified a need for an updated maintenance posture to support its aviation operations. The government of Iraq purchased expandable container shops and specialty support containers filled with aviation maintenance tools and equipment through a foreign military sale.

When the equipment arrived at an Iraqi helicopter hangar in Camp Taji, Iraq, it came with English instructions. Lt Col Ben Grusin, an air advisor with the 370th Air Advisory Group assigned to Camp Taji, had identified a gap. He requested support from the 248th Aviation Support Battalion (ASB), Iowa Army National Guard, which had similar equipment.

The Iraqi engineers were eager to learn about the new equipment, said SFC Jason Langhauser, B Company noncommissioned officer in charge, 935th ASB, Illinois Army National Guard. They would quickly jump in to get hands-on experience during every visit.

The 935th ASB team provided insight based on prior experience with similar equipment. Coupled with the Iraqi engineers’ willfulness to learn, rapport quickly formed between the teams.

With the newfound abilities, the Iraqi engineers who worked with the 935th ASB Soldiers will now act as the subject matter experts on the shop sets and supporting equipment. They will function as the go-to personnel and continue to share the skillset with other engineers for years to come, said SFC Langhauser.

“To me at least, it felt like it was something that has a lasting effect here,” said Illinois Army National Guard SSG David Johnson, B Company powertrain shop chief. “If we can set them up to sustain their aircraft and to be an efficient support for their unit, then I think that is something concrete we can take away from our time here.”