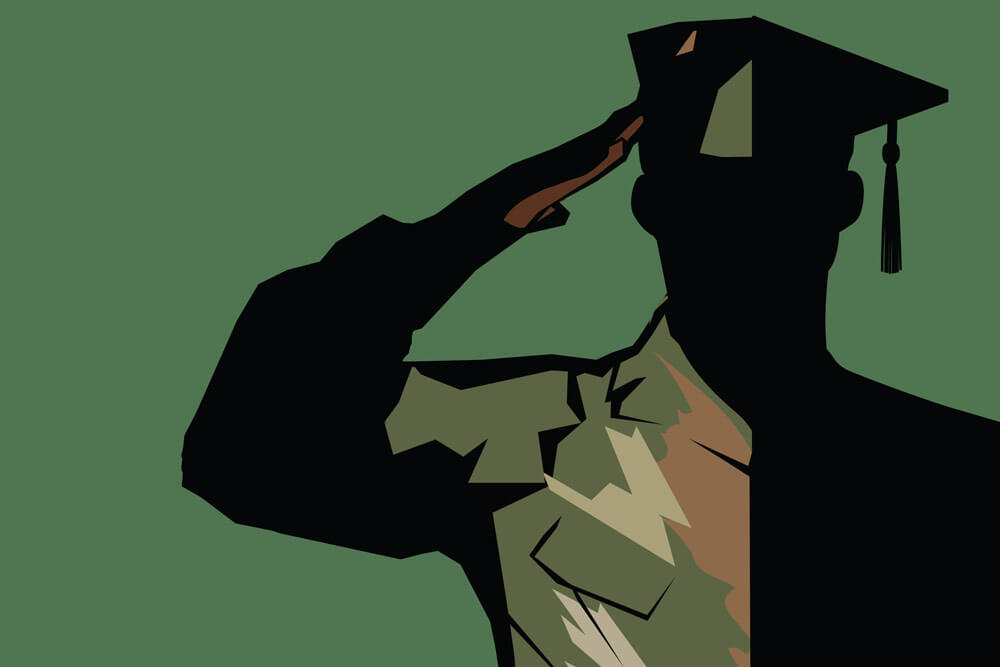 Passing Congress with overwhelming support, the Forever GI Bill is the largest expansion of college aid for Veterans and service members to take place in a decade. Within that expansion are numerous opportunities for National Guard members. The legislation broadens access to a wider group of National Guard service members who are now eligible for extended education benefits. Additionally, Guard members placed on medical hold status will see that time count toward their eligibility, retroactive to Sept. 11, 2001.

National Guard members called to active duty under sections 12304(a) – when a governor requests federal assistance in responding to a major disaster or emergency – or 12304(b) – when the DoD mobilizes reserve components in support of a combatant command – are now eligible for the Forever GI Bill. Previously, only those called to active duty by presidential order as a result of a national emergency were eligible. This expansion applies to all Guard members mobilized after Aug. 1, 2009. Also, current time restrictions tied to the Post-9/11 GI Bill are eliminated for many service members under the Forever GI Bill. This means qualifying recipients may use their GI Bill benefits for the span of their entire lives.

Under the new bill, National Guard service members who serve on active duty for less than 36 months, but more than 90 days, will receive increased payable benefits on a tiered system. Those who serve on active duty at least 90 days, but less than six months, receive payment increases from 40 percent to 50 percent. Those who serve at least six months, but less than 12 months, receive payment increases, rising from 50 percent to 60 percent. These increases result in up to $2,300 more a year in tuition. This provision is also retroactive to National Guard members whose service commenced on or after Sept. 11, 2001.

Honoring this esteemed group of service members, Purple Heart recipients will now be eligible for educational benefits, regardless of how long they served on active duty.

“The signing…marks a new era for all who have honorably served in uniform,” said Charles Schmidt, American Legion National Commander. “This lifetime benefit will allow Veteran [service members], and their Families to earn degrees and begin rewarding careers that can lead our economy. We believe that this legislation…will transform America, as the original [legislation] did following World War II.”

The Forever GI Bill also includes a provision that restores benefits to those impacted by school closures. This particular provision will retroactively apply to GI Bill users whose schools abruptly closed beginning in January 2015. For credits earned from an institution that closed or lost accreditation, GI Bill funds used for those credits will be reimbursed to the service member.

Beginning Aug. 1, 2018, those using the GI Bill to pursue science, technology, engineering and mathematics (STEM) degrees will be eligible for the Edith Nourse Rogers Scholarship, which gives an additional nine months of tuition benefits to qualifying applicants. The additional scholarship funds could translate to an extra $30,000 in benefits. The scholarship will also apply to those who already have a STEM degree and are working towards a teaching certification.

Ensuring that surviving Family members have a continued path to their GI benefits, the new legislation includes an expansion of eligibility for the Yellow Ribbon GI Education Enhancement Program. Beginning in August 2018, service members who set up a transfer of entitlement to a dependent will now be able to designate a secondary beneficiary in the event of the death of the original beneficiary before using the entitlement.

“This is a moment worth celebrating with our sisters and brothers who have – and will have – worn our Nation’s cloth,” said Student Veterans of America President Jared Lyon. “Thanks to the herculean effort of the Veteran community and allies in Congress, [military] students today and in the future will enjoy lifetime access to the GI Bill.”

END_OF_DOCUMENT_TOKEN_TO_BE_REPLACED

Pay Benefits While on Deployment

You more than likely know how your basic pay works as an Army National Guard Soldier serving during drill weekends and at training. But are you as familiar with how your pay changes when you...