The mountainous desert terrain of Fort Bliss, Texas, set the scene of Operation Hickory Sting – a brigade-level exercise consisting of more than 4,000 National Guard Soldiers. The operation was an Exportable Combat Training Capability (XCTC) exercise for the 30th Armored Brigade Combat Team (ABCT), which is made up of units from the North Carolina, South Carolina and West Virginia Army National Guards.

Soldiers from the Minnesota Army National Guard and North Carolina’s State partner country, Moldova, also participated in the XCTC as support to the 30th.

The Army National Guard’s XCTC program, coordinated and managed in conjunction with First Army and the National Guard Bureau, provides a combat-training-center-like experience, but at a home station or regional training center. The program is designed to certify platoon proficiency and brings full training resource packages to National Guard and active duty bases around the country. XCTC exercises challenge and prepare Soldiers across all military occupational specialties (MOSs) to be more lethal, effective and tactically proficient. 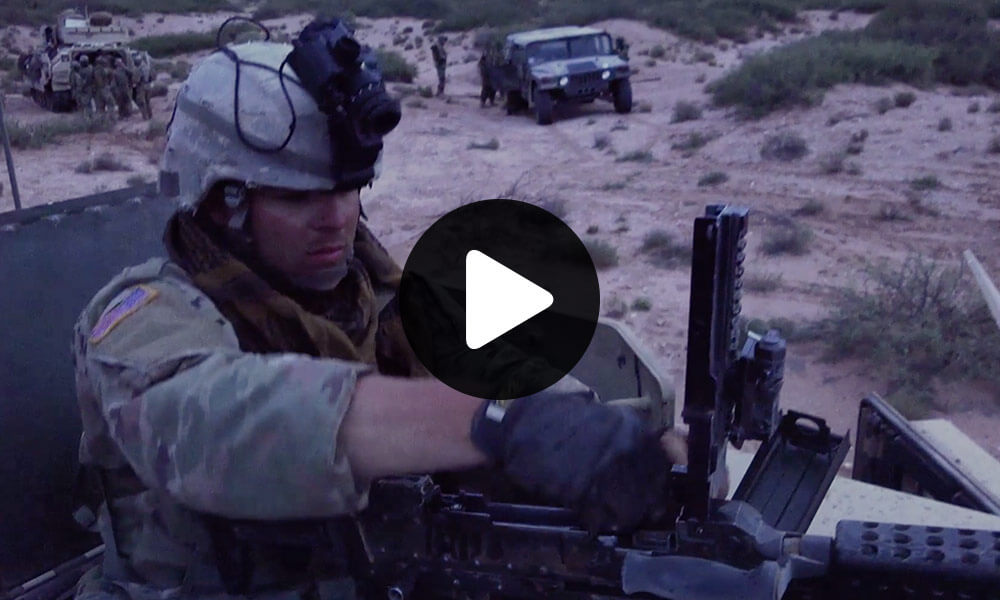 Taking place in August of 2018, Operation Hickory Sting served to prepare the entire 30th ABCT for a successful completion of an upcoming 2019 training rotation at the National Training Center (NTC) at Fort Irwin, California. Following their NTC rotation, the 30th ABCT will be validated for a potential deployment overseas.

“We are here shooting in support of the 1-252nd [Armor Regiment], which is part of the 30th ABCT,” CPT Colvin went on to say. “We’re practicing maneuver concepts, which is something we don’t always get to do. Some days go really well, some days are really good training days. It’s an opportunity to learn. As the commander, I am looking out for my Soldiers and training young officers to take my place one day.”

In addition to enhancing the skills of the individual Soldiers, Operation Hickory Sting offered a rare opportunity for the unit to train as a complete brigade. This brought unique advantages to the training field.

“Our primary mission is to develop a picture of the battlefield and provide recommendations to the brigade commander to assist him in deploying his assets to defeat the threat,” explained SSG Chad Blair of the 1st Squadron, 150th Cavalry Regiment. “Working together as a brigade allows us to enhance this capability. By having the rest of the brigade in the same training area, we were able to start implementing that tactic more proficiently.” 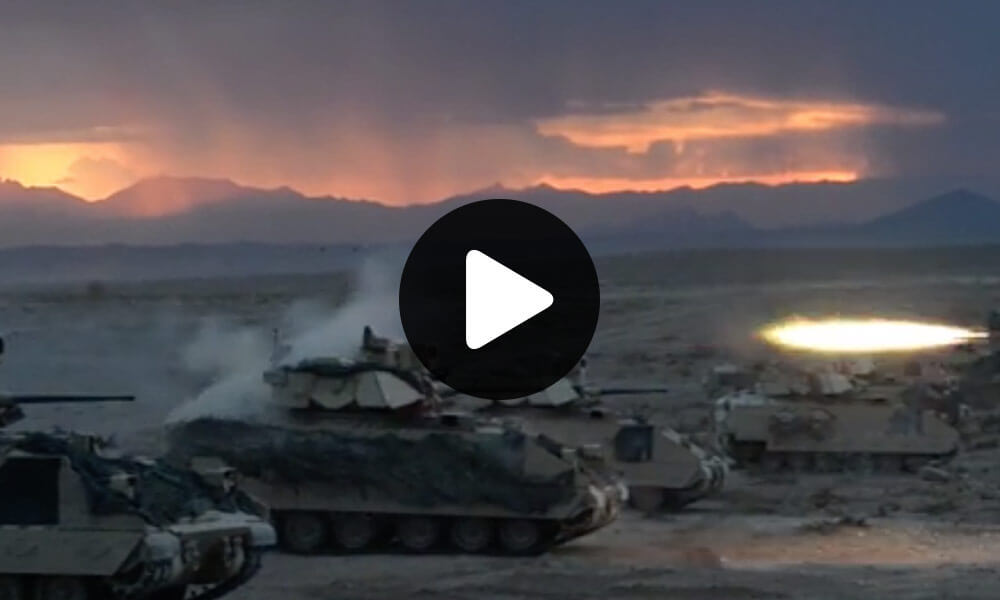 During the XCTC, Soldiers were evaluated by Observer Coach (OC) trainers, who evaluated the 30th’s tactics, techniques and procedures (TTPs) to examine how well the unit performed during the multiple training lanes and live-fire exercises, and ultimately determine if the Soldiers were meeting the commander’s training objectives.

“We had OCs evaluating us all the way down,” explained SFC Timothy Collins of the Headquarters and Headquarters Battery, 113th Field Artillery. “They give us things to work on to set us up for our NTC rotation.”

As the largest maneuver training site in the U.S. Army, Fort Bliss was the perfect setting for the 30th ABCT’s XCTC. With more than 965,000 acres, 54 training areas, 29 villages and towns, 58 live-fire ranges, 1,700 miles of tank trials and 343 million cubic acres of airspace, Fort Bliss is one of the few locations with more than adequate land and infrastructure to meet the robust standards necessary to fulfill the training requirements of the 30th ABCT. 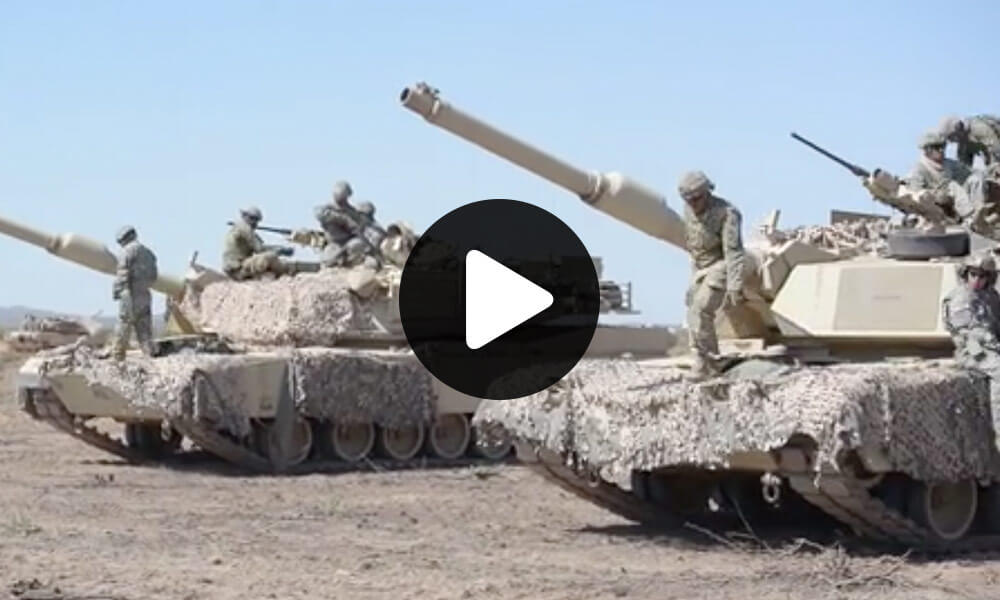 “The good thing about [Fort Bliss] is the terrain is so open,” said SFC Collins. “At Fort Bragg, you don’t get that. This area gives us a great opportunity to train in a more realistic [environment].”

SFC Collins went on to explain how the setting pushed the units by presenting challenges necessary to test and develop the Soldiers’ skills.

“It does cause a strain on logistics and support, but that is what it’s designed to do,” SFC Collins said. “It’s designed to stress us out at every level to see how we perform. It allowed Soldiers to gain valuable training and develop confidence in their equipment and abilities.”

The combination of the advanced-level XCTC regimen and the advanced Fort Bliss maneuver field environment allowed participating Soldiers to take advantage of heightened training that, for many, was unique to any past experience.

“As a National Guard unit, we rarely have the opportunity to utilize a training area of that size,” said SSG Blair. “It allowed us to have a level of freedom in maneuver that we normally do not have. This allowed us to implement TTPs and use equipment that we had trained on in the classroom, but had not been able to implement in an operational situation due to the limitations of other training areas.”

While the vast Fort Bliss training area was beneficial for Soldiers on many levels, it was not without its challenges.

“The terrain offered several challenges, both logistically and operationally,” said SSG Blair. “Most Soldiers had not experienced the challenges of operating tracked vehicles in that type of environment in both day and night and inclement weather.”

Fort Bliss is also characterized by its intense temperature and a hazardous location. Soldiers were encouraged to take precautions in order to perform effectively and efficiently in the extreme conditions.

“The altitude and heat were challenging,” noted CPT Colvin. “We had to get acclimated. We encouraged our Soldiers to stay hydrated, eat and check on their battle buddies regularly. We had never operated in that type of terrain. It was excellent training just getting there.”

PFC Enrique Cabellero, a medic with the Headquarters and Headquarters Battery, 113th Field Artillery, noted how his role was to ensure the medical conditions were safe for the Soldiers.

“We check on Soldiers and make sure everything is okay,” he explained. “We are constantly reminding Soldiers to hydrate, eat and watch out for the wildlife like snakes, scorpions and spiders.”

As preparation for potential medical issues that may have arisen, PFC Cabellero and other participating medics were also tasked with researching the climate and wildlife of the area prior to the training. PFC Cabellero said the entire experience left him feeling more prepared for major missions in the future.

“This is my first time at XCTC,” he noted. “It’s really good, high-speed training. It’s preparing us for deployment.”

SGT Scott Edwards of Alpha Battery, 1-113th Field Artillery, acted as a motor sergeant with the Maintenance Support Team during the training. Because it was his first time acting as a motor sergeant, SGT Edwards said he walked away with a greater understanding of the importance of the role.

“I learned a lot being in the day-to-day of a field environment,” he said. “We are here to support, repair and diagnose vehicles and equipment. Our role is very vital when things start to break. It is very important to properly maintain equipment or it won’t last. The fight won’t continue without it.”

As with the maintenance support team, the nature of the XCTC forced every Soldier of the 30th ABCT and the supporting units to think fast on their feet. A breakdown or hindrance of any nature was no excuse to leave the job undone.

SGT Brandon Baker of Alpha Battery, 1-113th Field Artillery, expressed a similar sentiment. “As a first-time section chief, new stuff happened every day. Some equipment issues caused us to go with a different method to fire and get rounds on target. This helps us in our military career. It’s the best training you can get.”

The XCTC exercise proved to be an excellent opportunity for the Soldiers of the 30th ABCT to enhance their skills and become more developed Soldiers. Each Soldier was able to walk away from the exercise with a unique set of lessons learned and perhaps a few new goals.

“The biggest takeaway is we get to see where we can improve,” said SGT Lionel Vico of Charlie Battery, 1-113th Field Artillery. “I learned that it’s important to have spare parts, that communication is key and everything is a learning process.”

Also participating in the XCTC exercise was SGT Jeff Gilbert, a gunner of the 1-113th Field Artillery, who said he learned tips to improve his technical skills and to help prepare for a future leadership role.

“The training helped me learn how to be more proficient as a gunner and exposed me to more about convoy movement. I also learned more about the chief position, which is my next step.”

Overall, Operation Hickory Sting was a success for all Soldiers involved. By the end of the exercise, platoons were certified through gunnery and maneuver tables and Soldiers walked away having gained necessary training that challenged them both as a brigade and as individuals.

“It was great training,” said 1LT Carolyn Horton, executive officer for the 1-113th. “Our goal was to make sure we worked together as a team and were competent in what we were doing. It was challenging, but it challenged us to do better.”