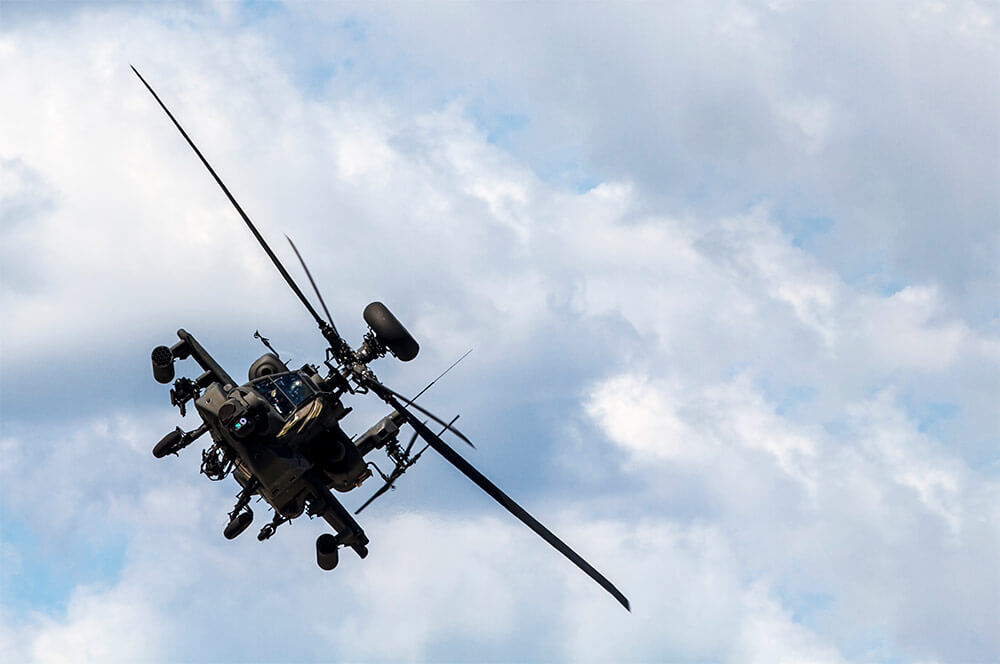 The improvement for the AH-64 Apache helicopter, manufactured by Boeing, reduces the risk for the formation of stress corrosion cracks in the chopper’s strap pack assembly. The meganut component of the strap pack holds large bolts that connect the main rotor blades to the helicopter’s rotor. It essentially holds the bolts that keep the blades attached to the aircraft.

In December of 2016, the same unit lost two crew members, CW3 Dustin Mortenson and CW2 Lucas Lowe, when their Apache went down in Galveston Bay along the upper coast of Texas. Personnel from Boeing and the U.S. Army Aviation and Missile Life Cycle Management Command (AMCOM) aggressively pursued remedies after concluding that stress corrosion cracks in the meganut were the culprit of the crash.

“Anytime an aircraft picks up off the ground, there is an inherent risk,” said COL Ronald W. Burkett II, commander of the 36th Combat Aviation Brigade. “We mitigate that risk by having superbly trained aviators and crew members. Mechanical failures, part failures, especially the strap pack, is something that you really cannot anticipate. The rebuild of this strap pack assembly – and that nut in particular – is a very important step forward to restoring the confidence and faith in the aircraft and allowing pilots and maintainers to focus on the things they can predict.” 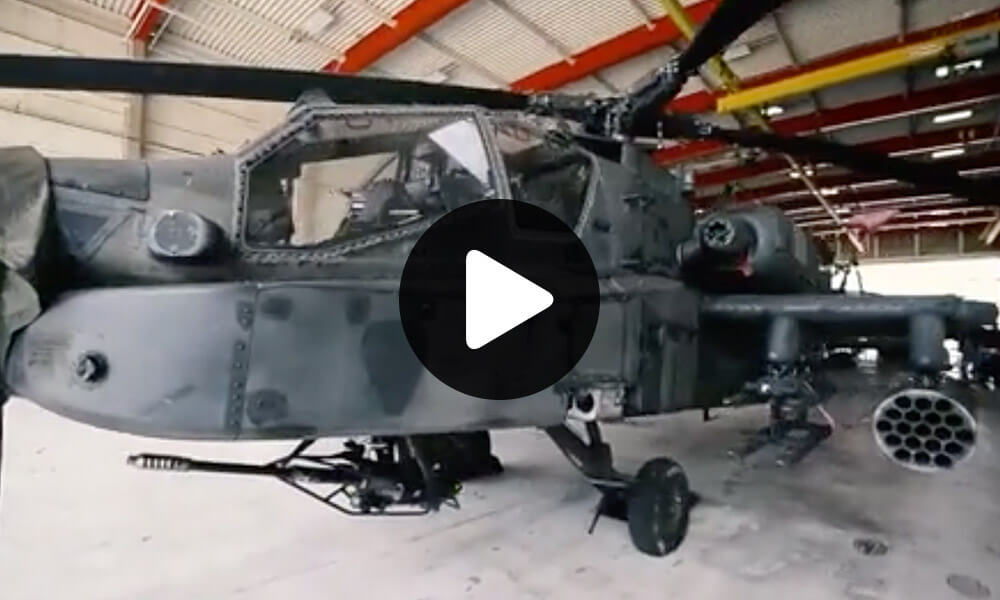 Before the retrofit, but after the crash, a safety measure was put in place for the Army’s entire Apache fleet. Before any take-off, high-resolution bore scopes were used to inspect the strap pack. That procedure applied to all U.S. Apaches, deployed both in the United States and around the globe.

While this process was effective in the early detection of stress cracks, the time required to perform the safety scans was a major slowdown when the time came to get the Apaches into the air to conduct missions. The process also added considerably to the workload of maintenance crews. The Army needed a better solution – one that did not merely treat the symptom, but instead would offer a cure for the cause.

“Looking at the changes in the part and how much more substantial the new part is, the new materials it’s being made of and the coatings they’re putting on it, [the strap pack is] much less susceptible to any kinds of issues they’ve had [in the past],” said BG Patrick Hamilton, assistant division commander – operations, 36th Infantry Division. “We’re continuing to test [the meganut] and make sure that our pilots’ safety is our number one concern.” 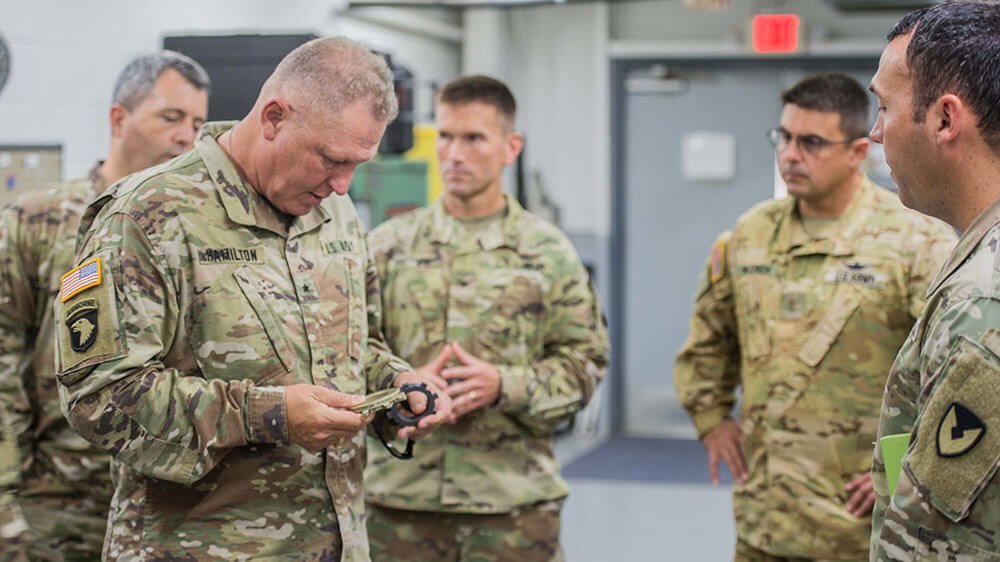 The strap pack is now considered a critical safety item, which means it must undergo a more rigorous quality control process during manufacturing and production. Boeing engineers spent several months refining the meganut’s makeup to minimize the stress corrosion cracking and to increase the overall lifespan of the part. The nut’s new geometry reconfigures pressure points and uses thicker walls for added resiliency. Upgraded sealant improves the nut’s resistance to corrosion compared to earlier designs.

This past June, members of AMCOM and Boeing met with pilots, crew members and mechanics of the 1-149th during a visit to Ellington Field in Houston, Texas. They briefed the unit members on the changes to their Apache heavy attack helicopters.

The visit in June of this year is not expected to be AMCOM’s last interaction with the 1-149th. According to the Texas Military Department, meganuts from the 1-149th’s Apaches are planned to be sent to AMCOM after logging a pre-determined number of flight hours for continued study and improvement by AMCOM and Boeing engineers. Similar collaborations to record and inspect the meganut’s performance are planned for attack and reconnaissance battalions across the Force. 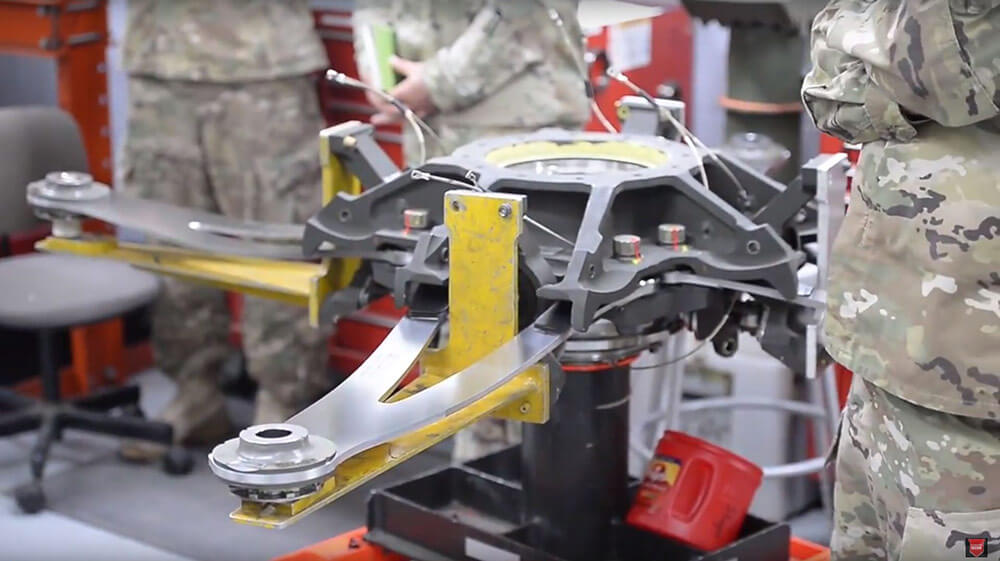 “I do hope the Families see this as a very concerted effort by the senior leadership, from the top of the Army Chief of Staff down to the unit level, that we are all committed to making a safer environment for their Soldiers,” said COL Burkett.

The strap pack meganut retrofit is expected to be implemented over time, starting with the units that are the most in need. Those are to be the units which are stationed in coastal climates, which are most prone to corrosion risk. According to reports from Program Executive Officer-Aviation, having started fielding this past summer, it is expected that Boeing will field the new parts to two Apache battalions per month until the entire Army fleet is retrofitted. 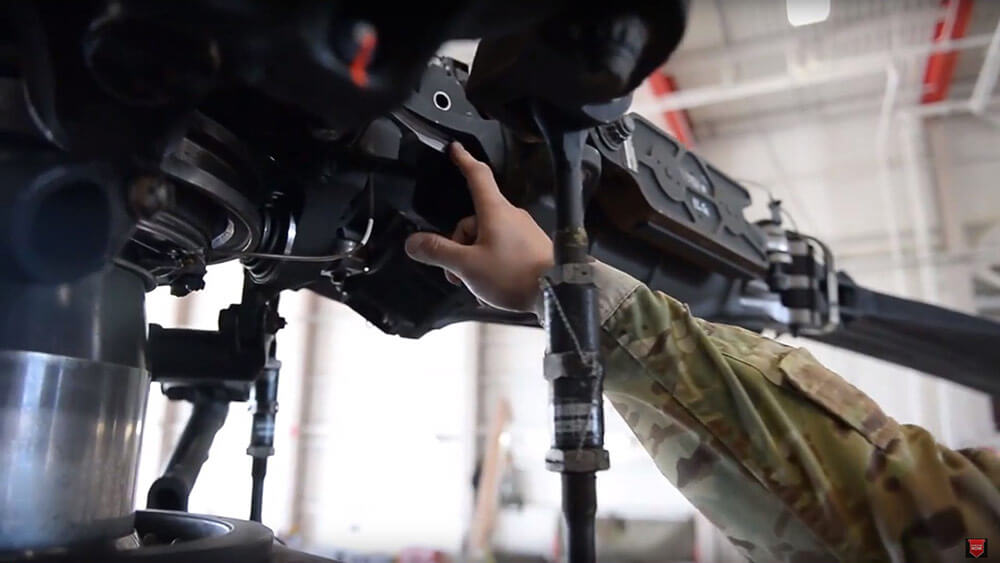