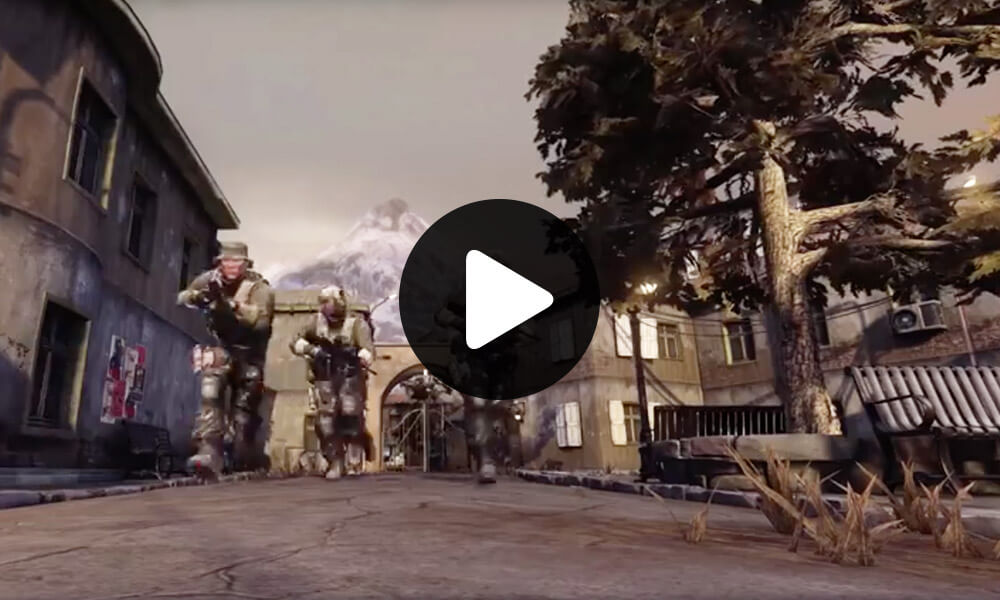 America’s Army Proving Grounds is an action-packed, authentically scripted, first-person shooter game and the official video game of the United States Army. It is available for free to Soldiers and civilians alike. America’s Army is produced by the Army Game Studio, which is part of the Army’s Aviation and Missile Research, Development and Engineering Center (AMRDEC) Software Engineering Directorate at Redstone Arsenal in Huntsville, Alabama. The new Uptown scenario was released just this past April.

“We had several maps that were set as training environments and we wanted to bring those environments to life,” said Daniel Kolenich, executive producer for America’s Army. “Uptown is the same layout as Downtown [the original training version of the game, created in 2002], but it is not just for training. [Uptown can be played] as the actual mission location that the Downtown training area was built to rehearse.”

Though the game is primarily a combat mission, it still includes several training options. The trainings are short, multi-player game scenes that use fast-paced maps designed to sharpen small-unit maneuvering skills.

A virtual walk of Uptown’s urban streets reveals plenty of good fighting positions – sandbags, abandoned armored vehicles, dead-end alleys – to make this scenario an excellent addition to the world of America’s Army. Alpha and Bravo teams, the game’s designated opposing forces, have a good field of play to battle over during realistic squad engagements that feature authentic Army gear and tactics.

Uptown includes a new map plus head and voice customization and enemy weapon support that have been added to the MySoldier menu. Players can opt for multiple mission objectives, including extracting intel and escorting a VIP to safety. Between rematches and game screens, players can view short videos featuring real Army experts sharing everything from tips on PT, to clips of actual past joint training exercises.