On the morning of June 6, 1944, thousands of Allied warships assembled in the English Channel as part of the biggest invasion fleet the world had ever seen. Intent on invading Normandy and breaching the Atlantic Wall as part of Operation Overlord, the largest amphibious assault in history was underway. That morning, roughly 156,000 American, British and Canadian forces were to land on five beaches along a 50-mile fortified coastline in northern France. By the end of the day, the Allies had suffered 10,000 casualties battling the German defenders, but they successfully established a foothold in France. It was one of the most important battles of World War II. 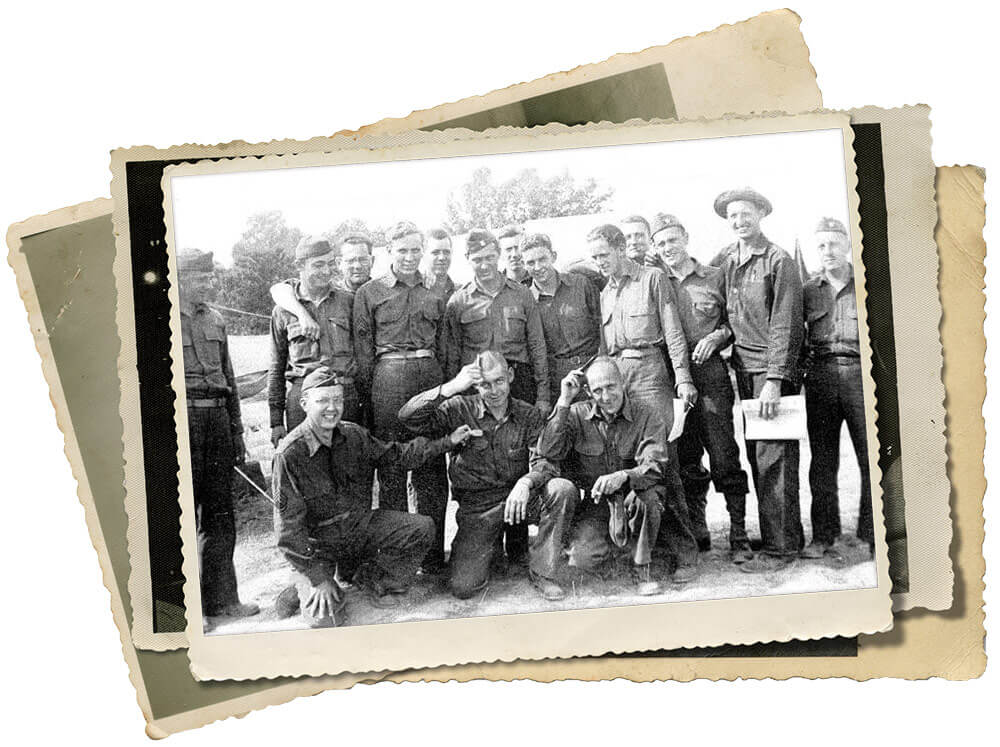 One of the American units at the forefront of the invasion was a National Guard infantry unit based out of the small town of Bedford, Virginia —Company A of the 116th Infantry Regiment, 29th Division. When the company assaulted Omaha Beach that morning, there were 35 Soldiers from the town assigned to the unit. By the end of the day, 19 of the Guard Soldiers would be dead with four more dying before the end of the campaign. On that day, the town of Bedford, located just below the Blue Ridge Mountains, suffered the greatest proportion of losses of any town in the United States, and the men were forever immortalized as the Bedford Boys.

During World War II, the 29th Division was made up primarily of men from Maryland, Pennsylvania and Virginia, with the 116th Infantry Regiment comprised mostly of Army National Guard companies from Virginia and draftees from across the United States.

Prior to the United States joining the war, these units were drilling in their hometowns preparing for service. But on Feb. 3, 1941, the 116th, to include Company A in Bedford, was mobilized for federal service. After training in the United States at Fort Meade, Maryland, Fort A.P. Hill, Virginia, and Fort Bragg, North Carolina, for various periods of time that spanned over a year and a half, Company A boarded the converted luxury liner Queen Mary and sailed for England arriving in October. 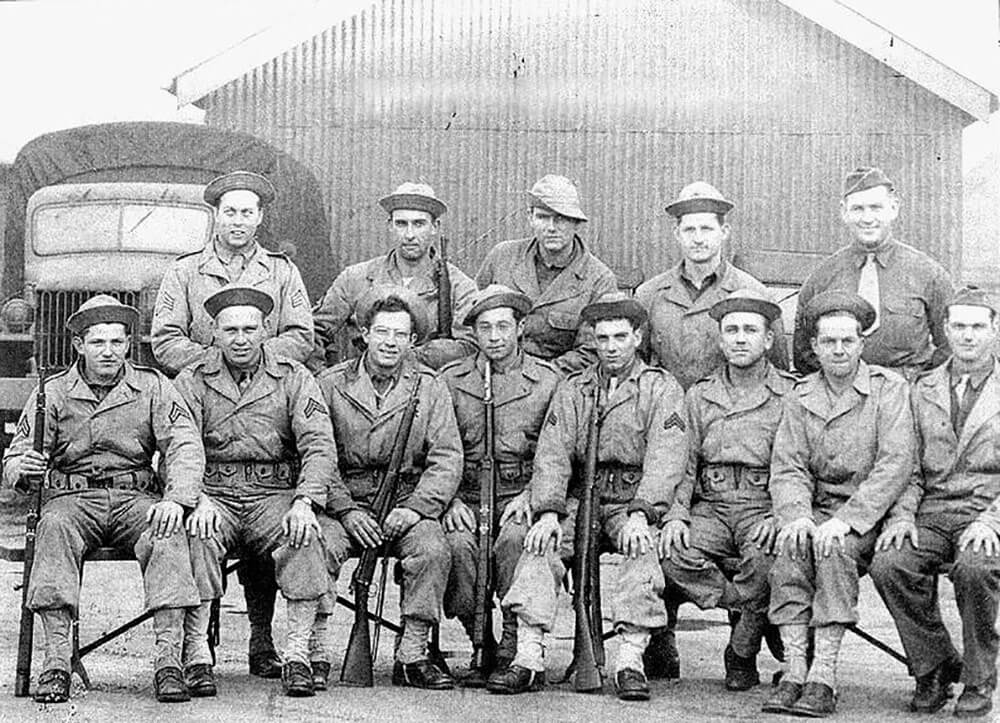 Once arriving in England, Company A and the 116th continued to train, even as other U.S. forces began seeing combat in North Africa, Italy and the Pacific. The Bedford Boys would stay in England for the next 21 months.

During those nearly two years, the Bedford Boys became a part of the buildup for the Normandy Invasion. The 116th tirelessly trained to conduct an amphibious assault. As the date for the invasion neared, the training pace intensified. The regiment completed exercises at Slapton Sands in southern England and was the first regiment of the 29th Division to complete training at the U.S. Army’s Assault Training Center. For a time, the unit also took responsibility for coastal defense.

On May 18, 1944, the Soldiers of Company A had finished training and began moving to their marshaling area near Dorchester, England. As they waited to board the British troopship Empire Javelin, they were finally briefed on their objective: Normandy. They also learned that they were in the first wave of the initial assault force. By this time, the Bedford Boys had been serving on active duty for more than three years. Many of the original members of the company had transferred to different units, been hurt, promoted, etc. For various reasons, there were just 35 original Soldiers from Bedford still with the company. 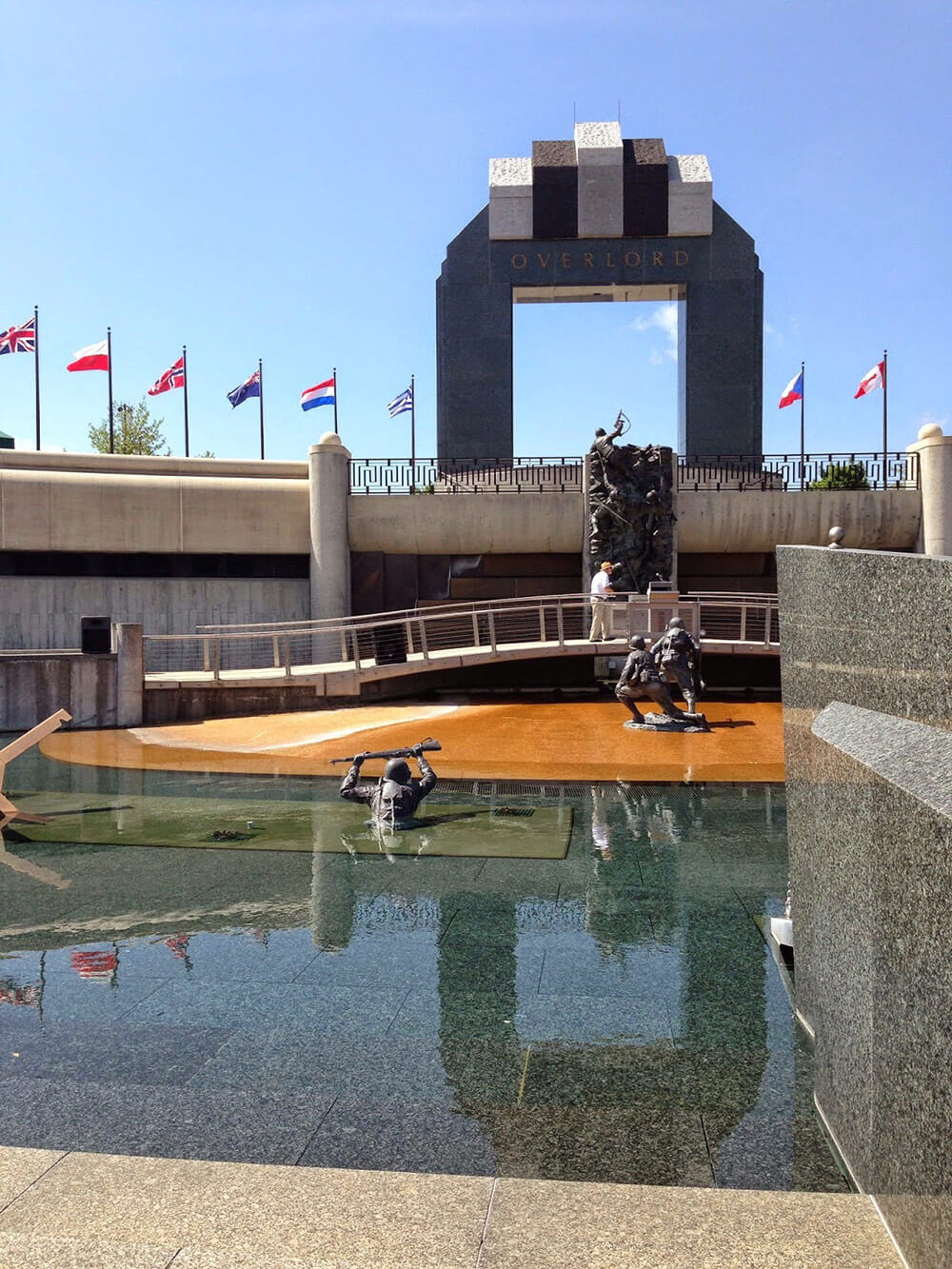 Company A hit the beach in Normandy on the morning of June 6, 1944. The 29th Division, along with the 1st Division, would land at Omaha Beach and attack German obstacles defended by elements of Germany’s 352nd Infantry Division, which covered the entire shoreline. Soldiers in the assault’s first wave were responsible for securing draws along the beach that would allow for vehicles to arrive. The Bedford Boys were ordered to land on Omaha Beach at Dog Green to secure the D-1 draw in front of the village of Vierville.

Loaded with equipment, the Bedford Boys climbed down the netting along the side of Empire Javelin and boarded a 30-man Landing Craft Assault referred to as LCA. Company A was loaded into seven different LCAs. Once the craft were ready and lined up, they headed toward the beach. 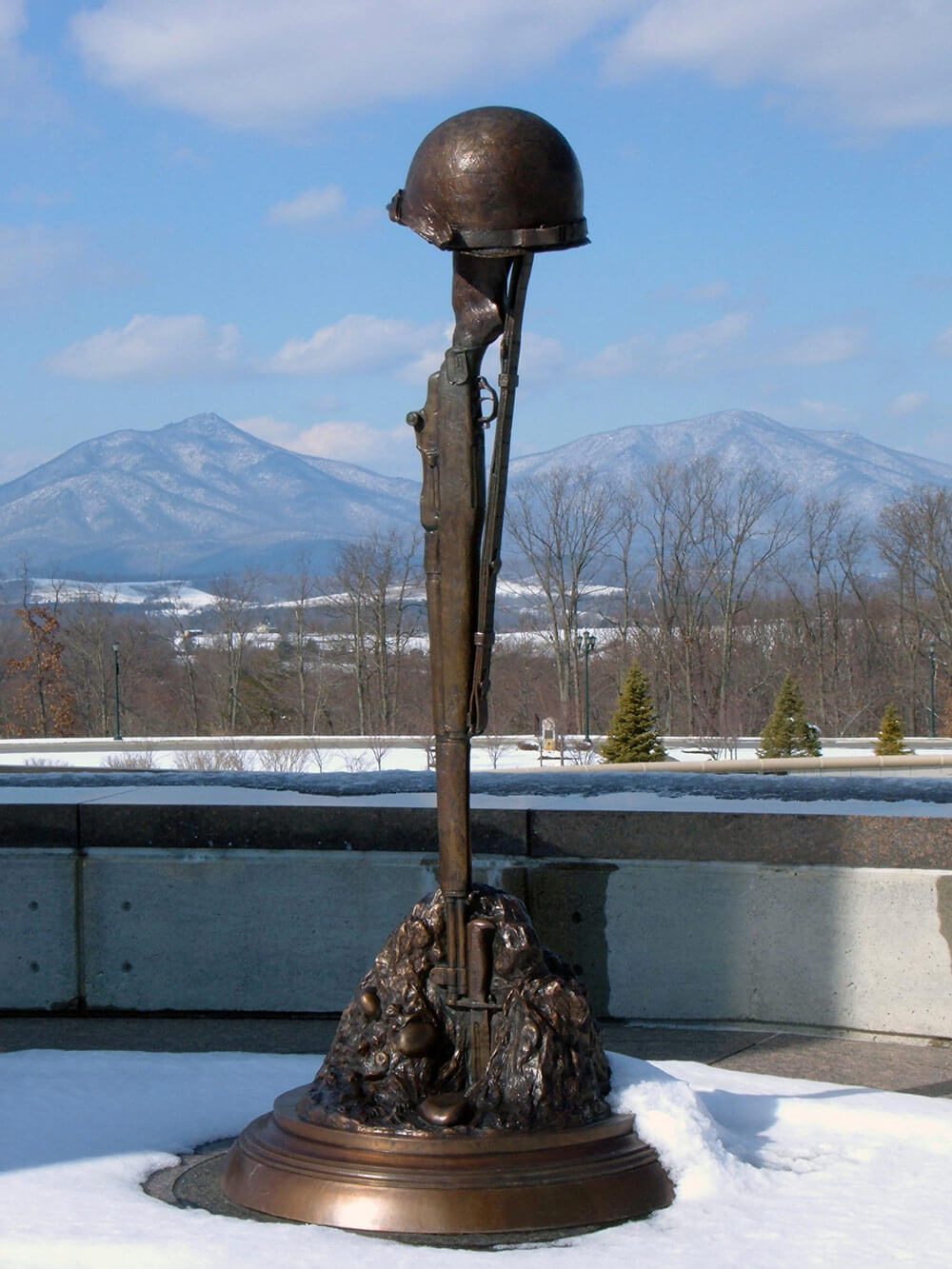 While approaching the beach, 6- to 7-foot waves rocked the boats as naval guns and artillery firing off other transports launched shells overhead hitting the beaches. When the U.S. boats reached within 400 yards of the beach, the German defenders began firing artillery and mortar rounds at the boats. As the craft came closer to shore, the enemy fire became more effective.

Boat 5 was the first craft sunk before reaching the beach. Six Soldiers of Company A drowned along with the boat crew, but 20 of the Soldiers were later rescued. As the rest of the fleet continued toward the shore, Boat 3 was also hit. Several were killed during the blast and another dozen drowned.

As Boat 2 hit the beach, those aboard realized that the beach was untouched. Allied bombs and artillery were supposed to create shell holes for cover, but the pilots were afraid to hit the Americans. They had, therefore,released their bombs much farther inland resulting in Company A having no cover for protection when they arrived. Once the boats hit the shore and the ramps dropped, there was nowhere for the Soldiers to go, and awaiting German machine guns tore into the Americans.

Many of the men were killed on their craft’s ramp as they tried running off. Their initial objective was to get off the beach, but many never made it. As the remaining craft landed on the beach, Boat 7 drifted toward shore with a dead coxswain at the wheel and a 17-man medical section trapped on board. The Germans opened fire on the medics as they tried to escape. Many were killed.

In less than 10 minutes after the first boat hit the beach, Company A was essentially destroyed. Within an hour, only a few Soldiers from Company A were able to continue. They crawled across the sand and stayed at the seawall trying to survive. Once the day was over, Company A had suffered more than 90 percent casualties, with only 18 Soldiers from Company A’s initial 230 men unhurt. Within a few days, four more would die in combat.

Bedford, Virgina, quickly became a national symbol for sacrifice during World War II. To honor all the men that fought on D-Day, the National D-Day Memorial was opened in Bedford on June 6, 2001. Serving as the national memorial for American D-Day Veterans, it was built as a tribute “to the valor, fidelity and sacrifice of Allied Forces on D-Day, June 6, 1944.”

The Bedford Boys’ sacrifice on D-Day will never be forgotten.