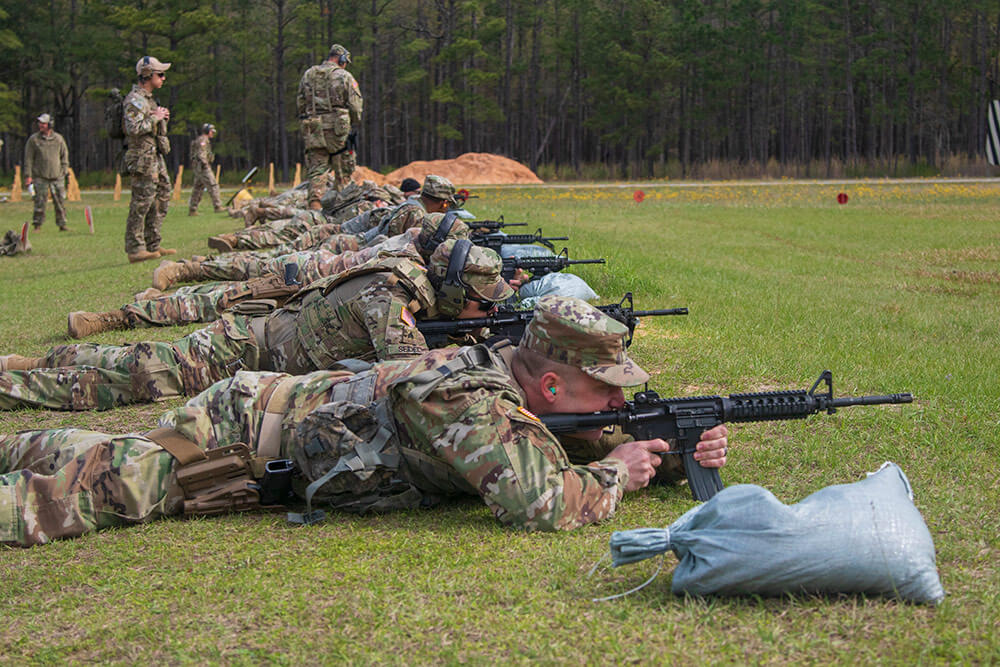 The Guard’s most senior officer, who is also a member of the Joint Chiefs of Staff, noted that, while counterinsurgency operations remain a core competency, the 2018 National Defense Strategy refocused the Defense Department, including the National Guard, on “great power competition” with China and Russia, and on the security threats presented by Iran, North Korea and non-state actors.

“It is imperative the National Guard remains an operational force, as part of our Army and Air Force, that helps protect and secure our interests at home and abroad,” Gen Lengyel said.

The National Guard is the principal combat reserve of the Army and the Air Force, providing 20 percent of the entire Joint Force.

“There is only one standard of readiness in fighting America’s wars,” Gen Lengyel said. “This readiness requires the National Guard to be deployable, sustainable and interoperable with our active components.” 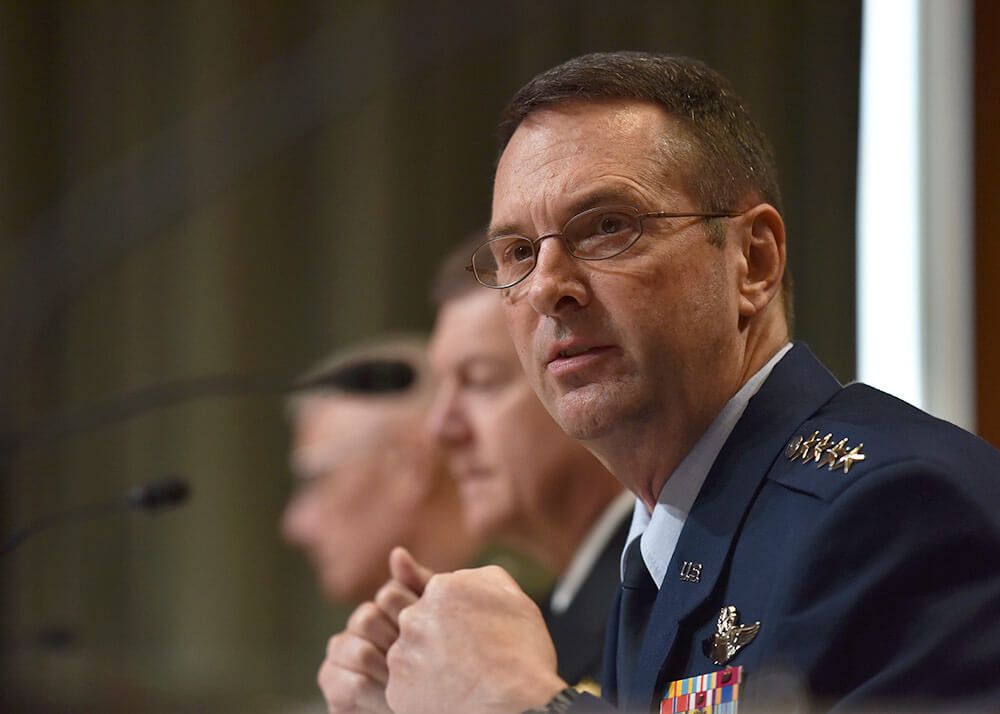 As an example of the Guard’s success in emphasizing readiness, Gen Lengyel said the Army National Guard’s 89 percent individual medical readiness is the highest achieved by the three components that comprise the Army – Active, Guard and Reserve.

Weapons systems, high-profile areas such as the space and cyber domains and missile defense, and interoperability with the Services were among topics discussed during the hearing at the U.S. Capitol.

The National Guard must increase operability across all platforms, Gen Lengyel continued. Parity in equipping the Guard through concurrent and balanced modernization and recapitalization is necessary for the Guard to deliver the lethality required by the Joint Force, he said. The old model of cascading older equipment from the active duty side to the reserve side—used when the Guard was a strategic reserve rather than operational force—no longer applies, he said.

Gen Lengyel also said increased full-time support is needed in the Army National Guard, and reversing recruiting shortfalls caused in part by the strong economy is a priority.

“We will look to reposture under-recruited force structure from a State that simply can’t recruit to it anymore into States [that can],” Gen Lengyel said.

Almost 450,000 Citizen-Soldiers and -Airmen comprise the National Guard, and on any given day about 30,000 are on duty across every overseas combatant command, with another 10,000 typically conducting domestic operations.

Among key missions where the National Guard makes a contribution:

• Domestic response: Last year, the National Guard was called up 195 times to respond to domestic incidents such as wildfires, hurricanes or floods.

• State Partnership Program: About one-third—83—of the world’s nations are partnered with one of the 50 States, territories or the District of Columbia in the Defense Department program executed by the National Guard in coordination with geographic combatant commanders, the State Department and host nations. More than 950 events were conducted across every geographic combatant command in the 2018 fiscal year. The National Guard has co-deployed 80 different times with partner nations.

• Air defense: 15 of the Nation’s 16 alert sites safeguarding our skies are operated by the Air National Guard.

• Chemical, biological, radiological and nuclear (CBRN) response: About 55 percent of the DoD’s CBRN response enterprise resides in the National Guard.

The National Guard has, “the widest presence of any military force in America and the ability to quickly respond to contingencies,” Gen Lengyel stated. “The National Guard reinforces the connection between the American people and their military.

“Our skills and experience from the warfight are used to assist first responders and play an important part in a unified response under federal or State command during domestic emergencies.”