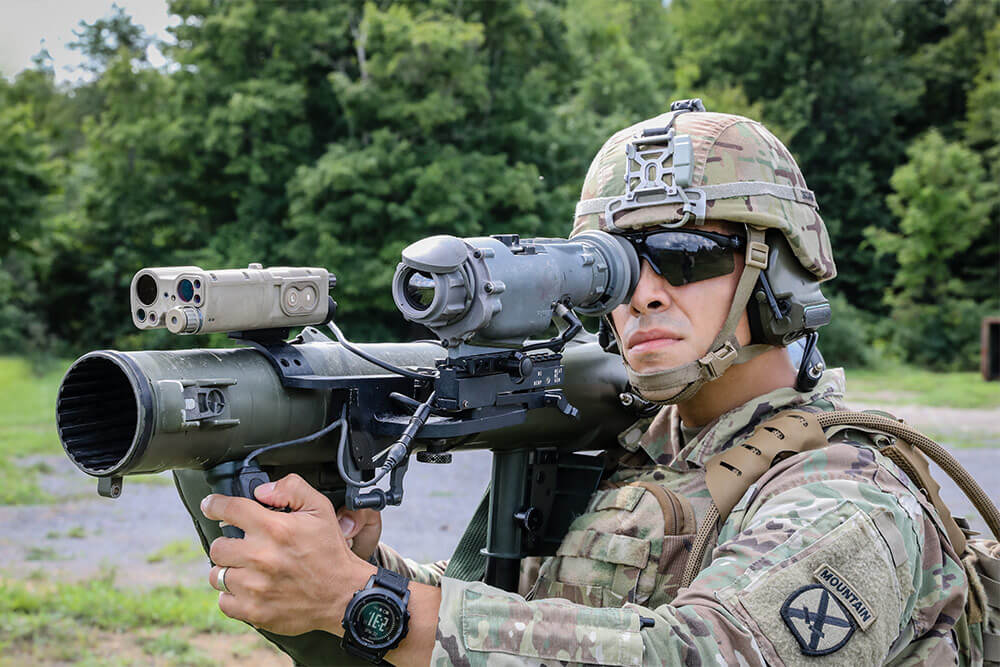 Officials at Program Executive Office (PEO) Soldier have reported work on a new integration of systems that will make a significant impact for infantry Soldiers on the ground today and well into the future. With the introduction of a fix for a well-known limitation of the M3 Multi-Role Anti-Armor Anti-Tank Weapon System—more commonly referred to as the Carl-Gustaf Recoilless Rifle—a formidable weapon system has been made even more lethal. 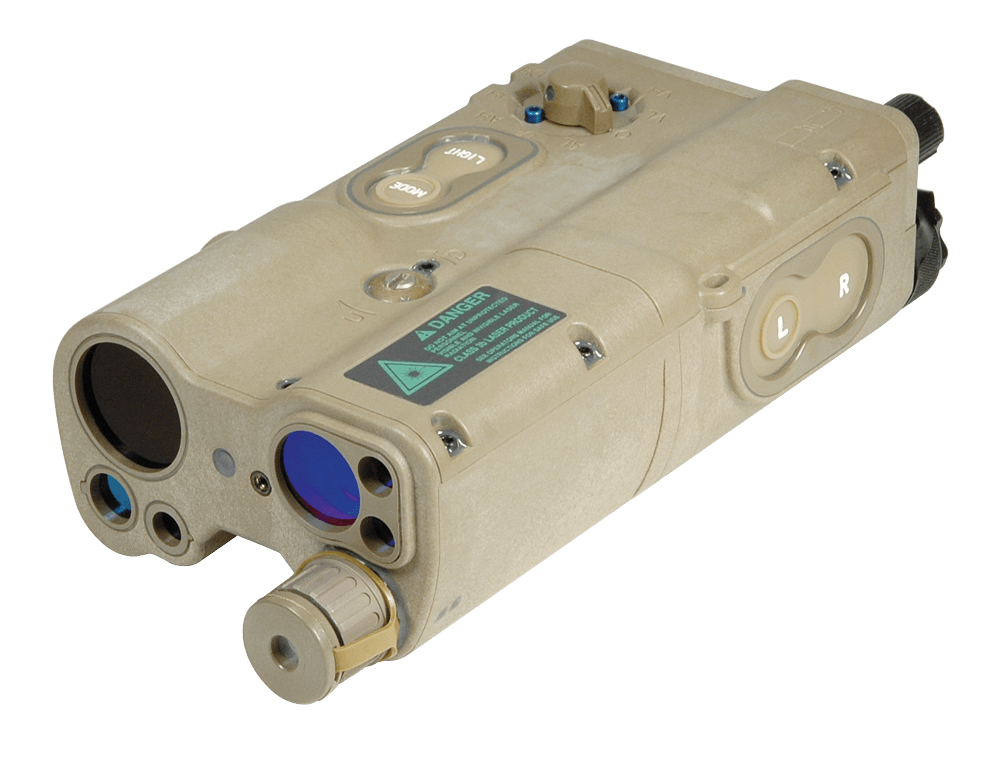 “We had a capability gap in that we could not effectively engage targets at night with the [Carl-Gustaf Rifle],” said CPT Alex Stewart of the 2nd Battalion, 22nd Infantry Regiment. “I expected our Soldiers to learn how to mount, operate and make adjustments to the ITWS [Integrated Thermal Weapons Sight] to give us that capability.”

Last year, Soldiers of the 2-22nd had the opportunity to test PEO Soldier’s latest aiming technology firsthand during a live-fire exercise at Fort Drum, New York.

By using the ITWS in conjunction with the Carl-Gustaf rifle, the rifle can now be relied upon to accurately target not only during the day, but also at night and in limited-visibility conditions. The ITWS combines the advanced technology of the AN/PAS-13E Thermal Weapons Sight (TWS) and the AN/PSQ -23A Small Tactical Optical Rifle Mounted-Product Improved (STORM-PI) with the might of the Carl-Gustaf rifle to get the job done. 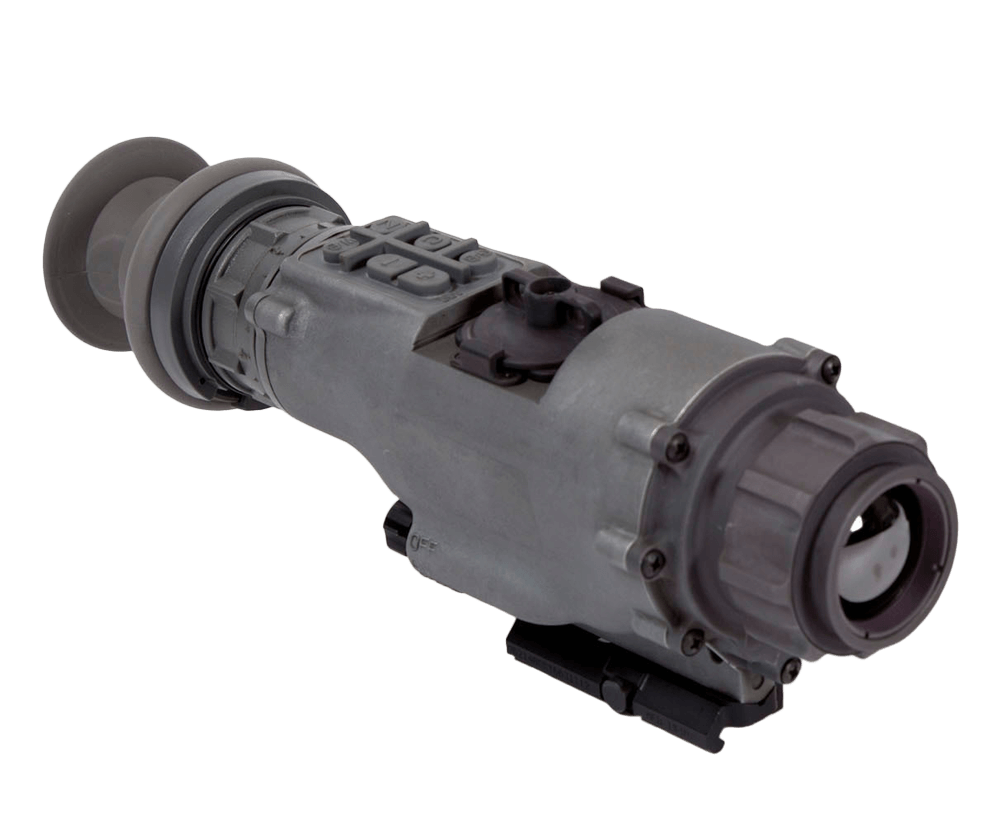 The TWS is an advanced infrared weapon sight and was co-developed by the U.S. Army and Raytheon. It requires no visible light to operate, unlike image intensifiers that require low levels of light for effective operation. The TWS does not shut down when hit by direct light and its operation is virtually undetectable as it operates silently without any heat or radio frequency emissions. The unit boasts a 3X electronic zoom, which allows it to be used as either a weapon-mounted sight or hand-held imager. Due to its electronically programmable reticles, the TWS is compatible not just with the Carl-Gustaf rifle, but with a wide range of weapons. It also offers a multi-function digital input/output port for remote operation and emits a video signal for external viewing and recording. The sight can recognize a human at over 1,000 meters and weighs just over 2 pounds with batteries installed.

The STORM-PI, developed by Insight Technology, is a weapon-mounted, battery-operated laser rangefinder that employs in its functionality integrated infrared illumination, aiming lasers and a digital magnetic compass. When used together with a global positioning system, the unit can display target locations as geo-spatial coordinates. When mounted, the unit’s aim lasers can be co-aligned with existing weapon optics, and the infrared illuminator facilitates targeting in low-light conditions. Weighing in at just over 1 pound, the STORM-PI has a battery life of six hours and its rangefinder has a maximum range of 10,000 meters.

According to PM SSL’s Special Operations Training Instructor Lead Lonnie Schnepp, the TWS/STORM-PI combination provides Soldiers with “a new level of lethality.” When coupled with the STORM-PI, the TWS supplies Soldiers with precise range and aiming calculations. Moreover, the TWS enables Soldiers to detect and engage targets at all times of the day and night, including in limited-visibility situations.

“The ITWS allowed us to detect, aim and fire on a target that could not be seen with the naked eye,” said CPT Stewart. “The tank hulk was obscured by overgrown vegetation, but when viewed through the [TWS], it was glowing. Anytime Soldiers get to shoot high explosives at a target they would not normally be able to see, is a good day.”