SSG Patrick Shields of Detachment 1, 1175th Transportation Company, Tennessee Army National Guard, was clearing his tailgating gear after watching his son play in the annual homecoming football game at Haywood High School in Brownsville, Tennessee, on Oct. 5, 2018. It had been a good evening. His son’s team won the game. The Tomcats overcame the Crockett County Cavaliers 41 to 14. By 9:30 p.m., the game was over and a couple hundred people were milling around the school parking lot celebrating the team’s victory. A 1996 graduate of Haywood High School himself, SSG Shields was waiting outside the school to pick up his son and go home. It was then that the celebration turned to chaos. 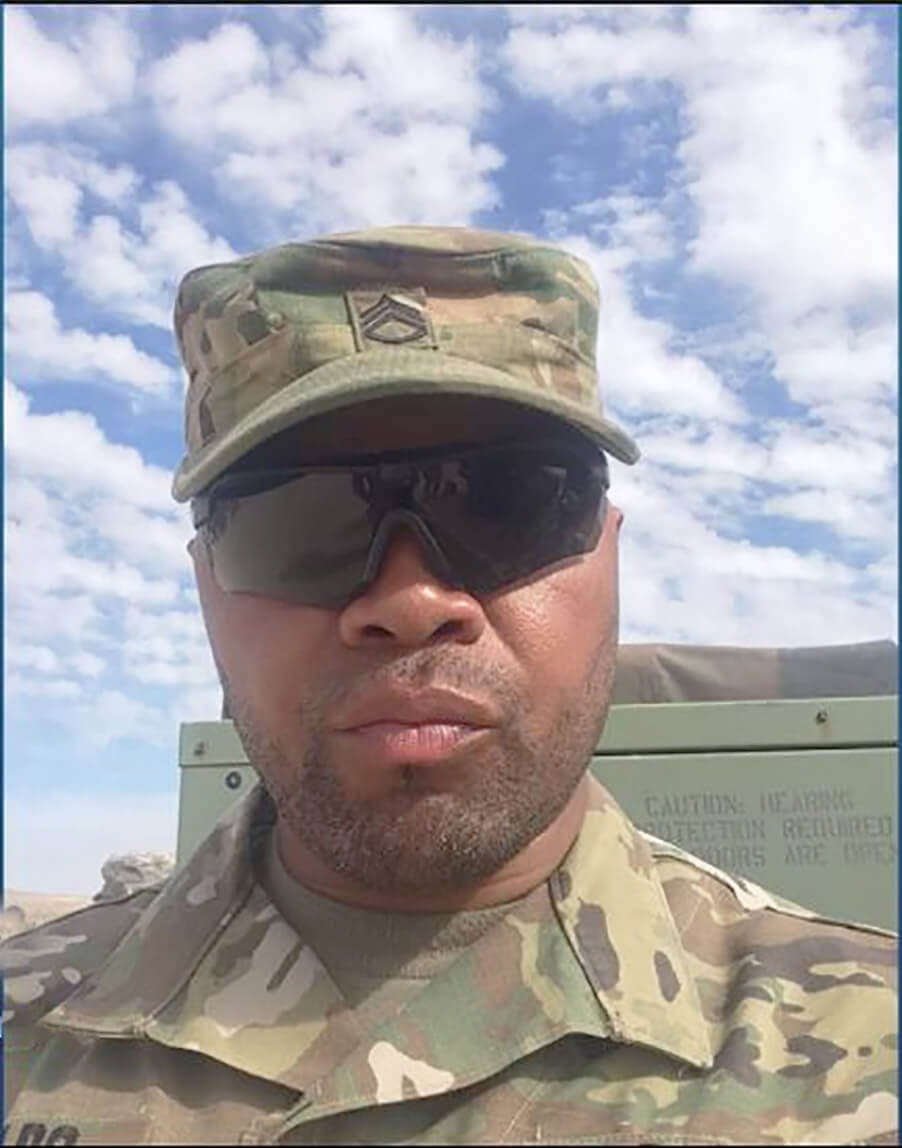 SSG Shields heard what he said he thought might be fireworks going off. The school administrators had launched fireworks at the beginning of the game and he thought they might be setting off a second round. When he looked in the direction from which the noise came, he saw a crowd of people running toward him. In the midst of the crowd was an armed teen, running and shooting a pistol into the group. Fire could be seen blazing from the pistol barrel, SSG Shields recalled.

“I could not make out if he was shooting at one particular person or [randomly at] the group of people,” said SSG Shields. “Then as they got closer, I was thinking to myself, reminding myself to grab this kid before he hurts someone, or worse, hurts a lot of people. As they got closer—within two or three feet—I ran towards him and that’s when I tackled with him up against the fence.” 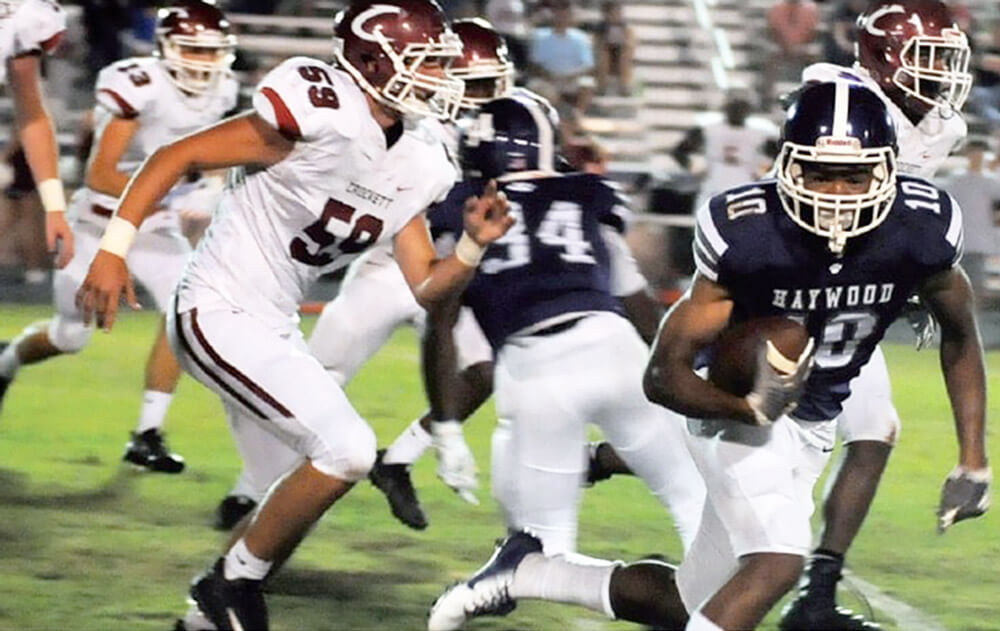 SSG Shields pushed his forearm into the shooter’s neck and grabbed for the gun with his other hand as the pair collided into the fence. They came off the fence and on instinct the Soldier grabbed the shooter by the back of the shirt and threw him to the ground. He pulled the assailant’s right hand, which held the pistol, behind his back. The gun was dislodged and SSG Shields’ brother, Gregory Shields, quickly moved to secure the weapon. Officers from the Brownsville Police Department were quickly on the scene to take the shooter into custody.

Two victims, Demetrius Harper and Cameshia Murphy, were injured by the shooter’s four shots, which had been precipitated by a fight. According to a report from the Brownsville Police Department, Harper was shot twice in the back and Murphy was shot in the foot. Both were treated at a local hospital for their injuries and then released. Thanks to SSG Shields’ quick actions, no lives were lost during the incident. The 16-year-old shooter was charged with criminal attempt to commit first-degree-murder, aggravated assault and reckless endangerment. 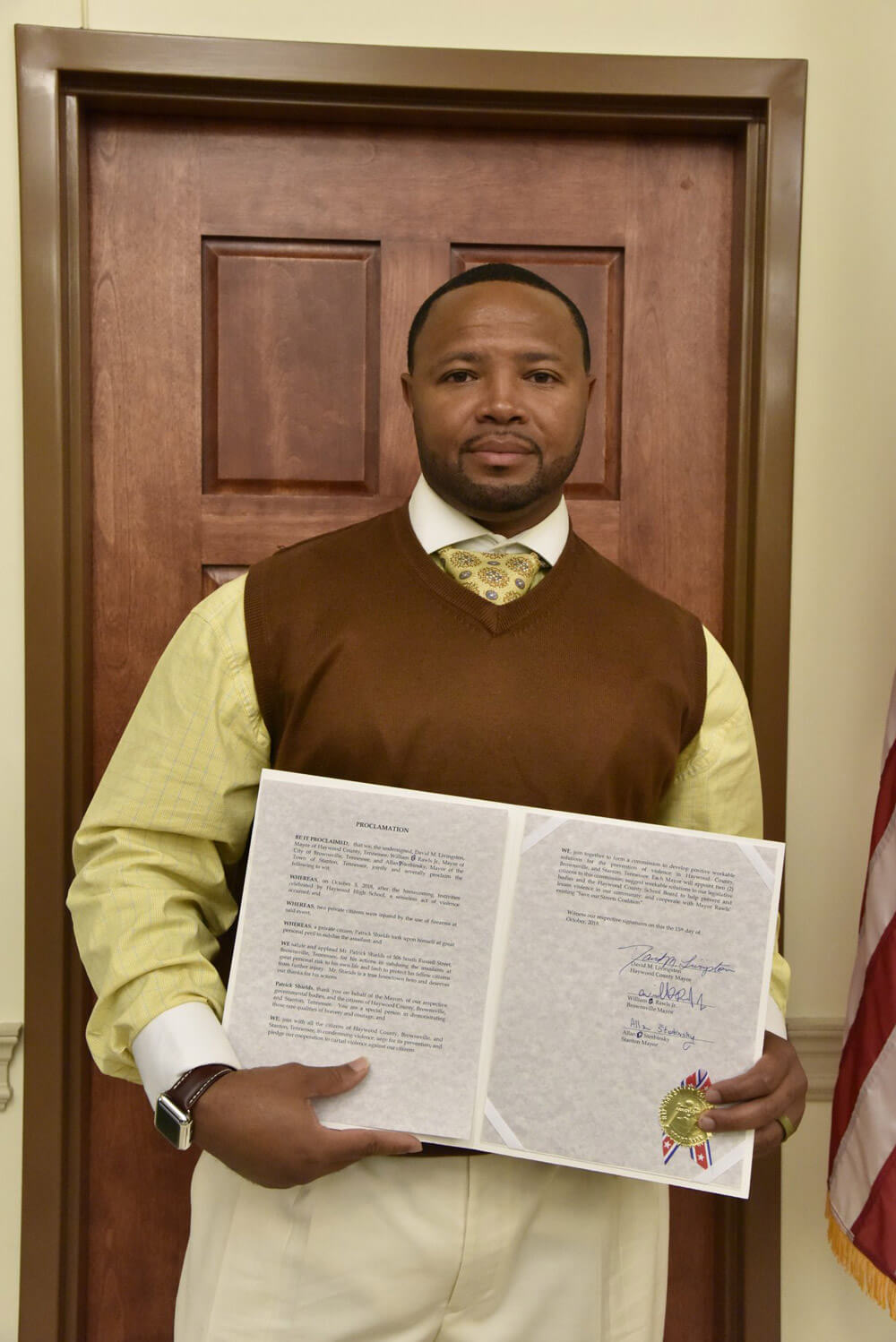 While everyone else was running to get away from danger, SSG Shields said his military instinct took over. He recognized that someone had to do something to prevent bloodshed. He was the right person, at the right time to do what needed to be done.

The Army National Guard noncommissioned officer attributed his success at apprehending the shooter to the Army training he has received across his 22 years of service, which include three overseas deployments.

“I know especially during deployment [we train on] different techniques for close combat situations in case you have to come close and handle people,” SSG Shields noted. “How to handle yourself, how to actually grab a weapon from someone, the technical things you need to do to protect yourself and take down the enemy.”

“He literally went to a gunfight with nothing but his fists and that’s crazy to me—in a good way,” said SSG Michael Ryan, an assistant squad leader with the 1175th and friend of SSG Shields. “It’s probably just ingrained in his personality, you know, that protective sense. Then he has that sense of duty that the military ingrains in you as well.”

“Very respectful—that is my initial impression of him, you know—strong and respectful. I just enjoy being around him and enjoyed training with him,” remarked SSG Ryan as we he went on to describe the level of dedication SSG Shields has shown for kids in the community in the past. 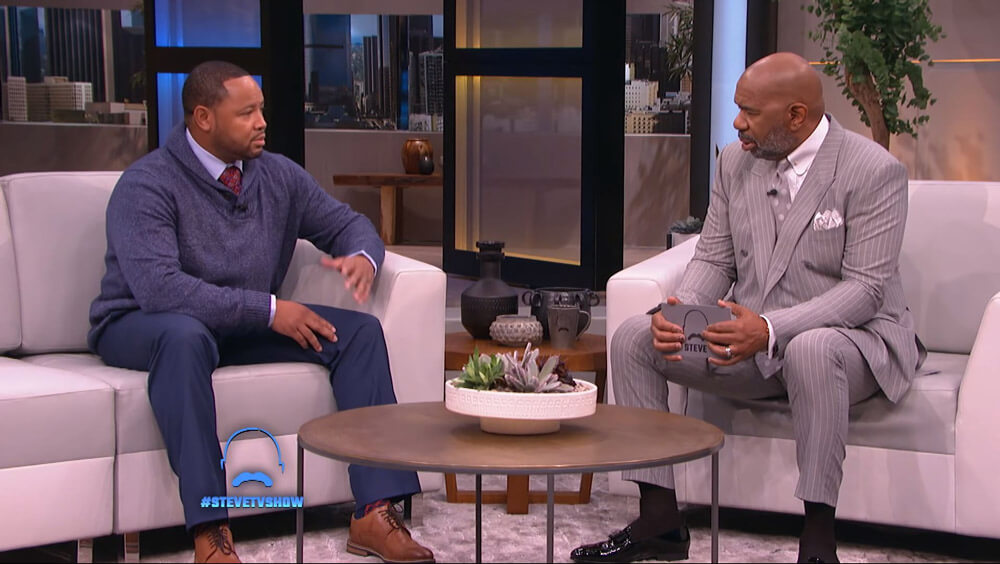 SSG Ryan’s son was on a baseball team that at the time was selling barbeque meat as part of a fundraiser. In order to turn a profit for the fundraiser, the team had to sell the meat at a bit of an inflated price. But that did not stop SSG Shields from supporting the effort.

“He [SSG Shields] said, ‘Man, I’ll do anything to support the kids.’ I know he could have gone to Kroger or any other grocery store and bought [the meat at half the price we were selling],” recalled SSG Ryan. “He did not have to buy that from my son, but he said, ‘Anything to help the kids out.’ That stuck in my brain.” 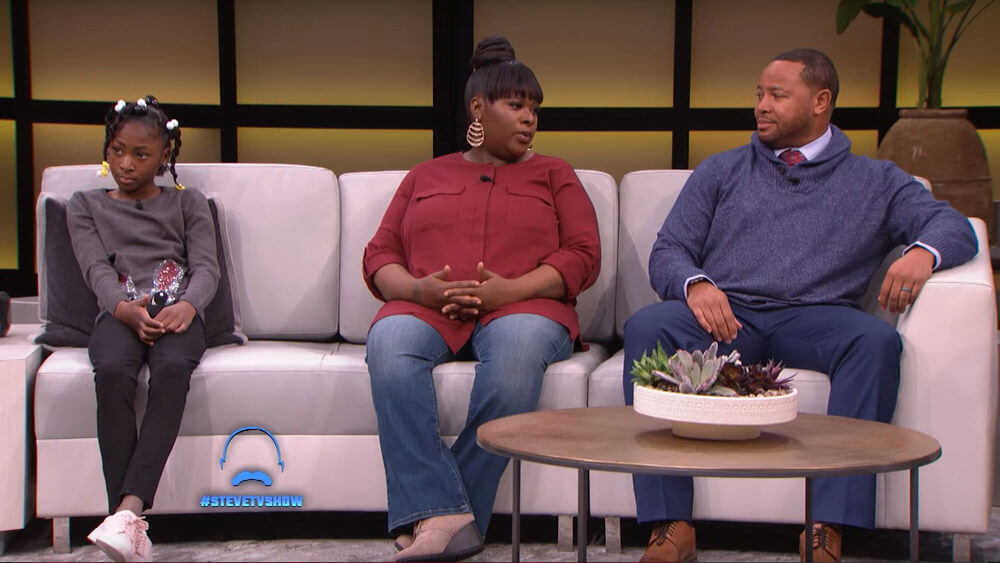 Given SSG Shields’ expressed commitment to doing “anything to help the kids,” his selfless actions on October 5, 2018, may not have come as a surprise, but the community showered him with praise and admiration nonetheless. The city of Brownsville recognized the courage shown by SSG Shields by presenting him with the key to the city, and both he and his brother were chosen to be Co-Grand Marshals of the Brownsville 2018 Christmas Parade. 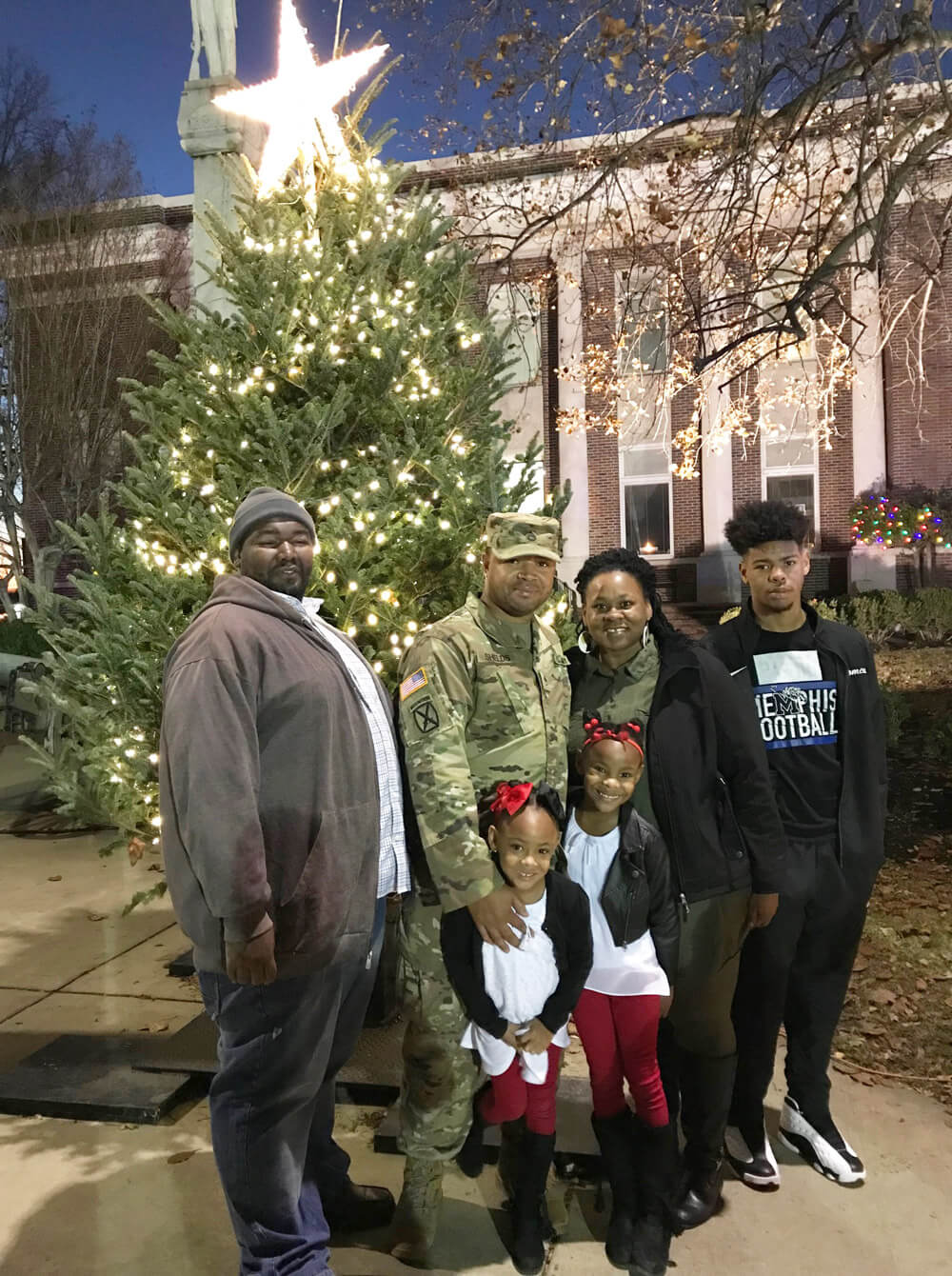 For Guard Soldiers, being ready to defend country and community from enemies both foreign and domestic is part of the job, SSG Ryan said. In a very real sense, he lived up to the Guard commitment of being always ready and always there.