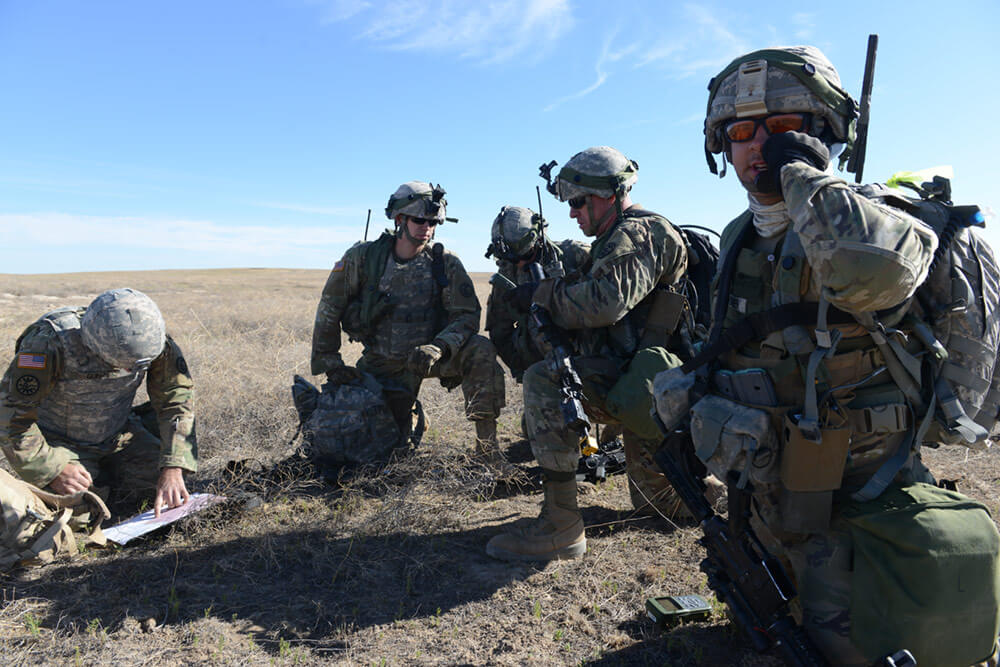 Big changes are happening in Army infantry training. The Army has extended its One Station Unit Training (OSUT) through a pilot program aimed at expanding initial entry training and, as a result, increasing Soldier lethality.

Part of the Soldier Lethality Cross-Functionality Team’s (CFT) plan to maintain tactical advantage over the Nation’s enemies, the new program falls in line with the Army Vision of 2028. That vision, announced by Secretary of the Army Mark T. Esper earlier this year, paves the way for enhancing the Army’s capability over the next 10 years.

BG Christopher Donahue, Maneuver Center of Excellence Infantry School commandant and Soldier Lethality CFT director, announced this past spring that the pilot program would begin in July of this year. The new training initiative adds seven weeks to the current 14 weeks of OSUT training.

The pilot program consists of 21 weeks of training with an intensified concentration on combative training, land navigation, vehicle employment, medical skills (including a 40-hour combat-lifesaver certification), battle drills and operations in urban environments.

“Extending OSUT is about increasing our readiness and preparing for the future,” said SMA Daniel A. Dailey. “This pilot program is the first step toward achieving our vision of the Army of 2028. With more time to train on critical infantry tasks, we’ll achieve greater lethality.”

The added learning is intended to better prepare Soldiers for merging tactically with their assigned units, thus enhancing the opportunity for rapid deployment.

Due to worldwide advances in technology, the gap between the close-combat abilities of American Soldiers and those of our Nation’s near-peer adversaries has shrunk in recent years, according to the Maneuver Center of Excellence, U.S. Army Training and Doctrine Command.

To support the new training structure, the Army is also increasing the number of battalions under the training brigades of the Army Infantry School at Fort Benning, Georgia – growing from five to eight battalions. The increase in manpower is intended to ensure the school’s annual training of roughly 17,000 Soldiers is maintained in spite of the lengthened training format.

“Across all infantry weapons, they will get more bullets,” he said. “And they will also shoot more at night, rather than just doing a day familiarization fire.”

This OSUT pilot program will ultimately be used to refine the final application of changes for the permanent version of the new OSUT format. Conversion of all infantry OSUT instruction is expected to begin in October 2019 with a targeted completion date of October 2020.

According to the Office of the Secretary of the Army, other goals of the new Army Vision include growing the active duty component to over 500,000 Soldiers, raising enlistment numbers in the Army National Guard and Reserves and focusing training initiatives on high-intensity conflict, with an emphasis on operating in dense urban terrain and an electronically degraded environment, while under constant surveillance.