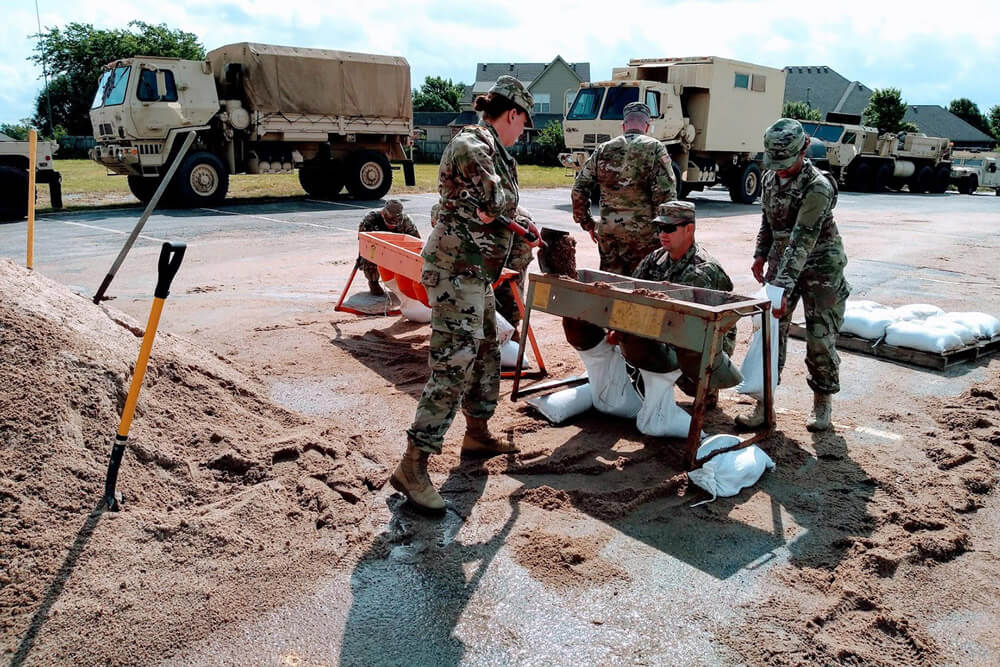 The Oklahoma Army National Guard was mobilized to parts of Northeastern and Central Oklahoma in response to flood and tornado damage on May 23.

Oklahoma National Guard aviation assets from the 245th Aviation Battalion have flown their UH-60 Black Hawk and UH-72 Lakota helicopters more than 45 flight hours while assisting with rescue missions and relief efforts in the most devastated parts of the State.

CW2 David Zahn, a Black Hawk pilot with Company C, 1st of the 244th Aviation Battalion, headquartered in Tulsa, said he was proud of the work he and his crew members have done, especially the rescuing of flood victims.

“It’s very rewarding to see the sense of relief on flood victims’ faces as we fly in and load them onto the helicopter,” said CW2 Zahn.

CPL Steven Ward, a Soldier with the 120th Engineering Battalion, assisted in the evacuation of people from Braggs, Oklahoma, via a Black Hawk helicopter.

“It’s not about us, it’s about the people hurting and in need—they are our people,” CPL Ward said. “They are Oklahomans and Americans so they are family, and family takes care of each other.”

In El Reno, Oklahoma, 12 Soldiers from the 63rd Civil Support Team provided search and rescue assistance to the community dealing with the EF-3 tornado damage that occurred May 25. The Guard members searched a destroyed hotel and adjacent mobile home park. Fortunately, they did not find any trapped or injured individuals.

The damage from the record-breaking floods spanned across much of Northeastern and Central Oklahoma and continues to devastate the surrounding areas. The Oklahoma National Guard will remain on site working alongside Oklahoma emergency managers and other first responders until their mission is complete.