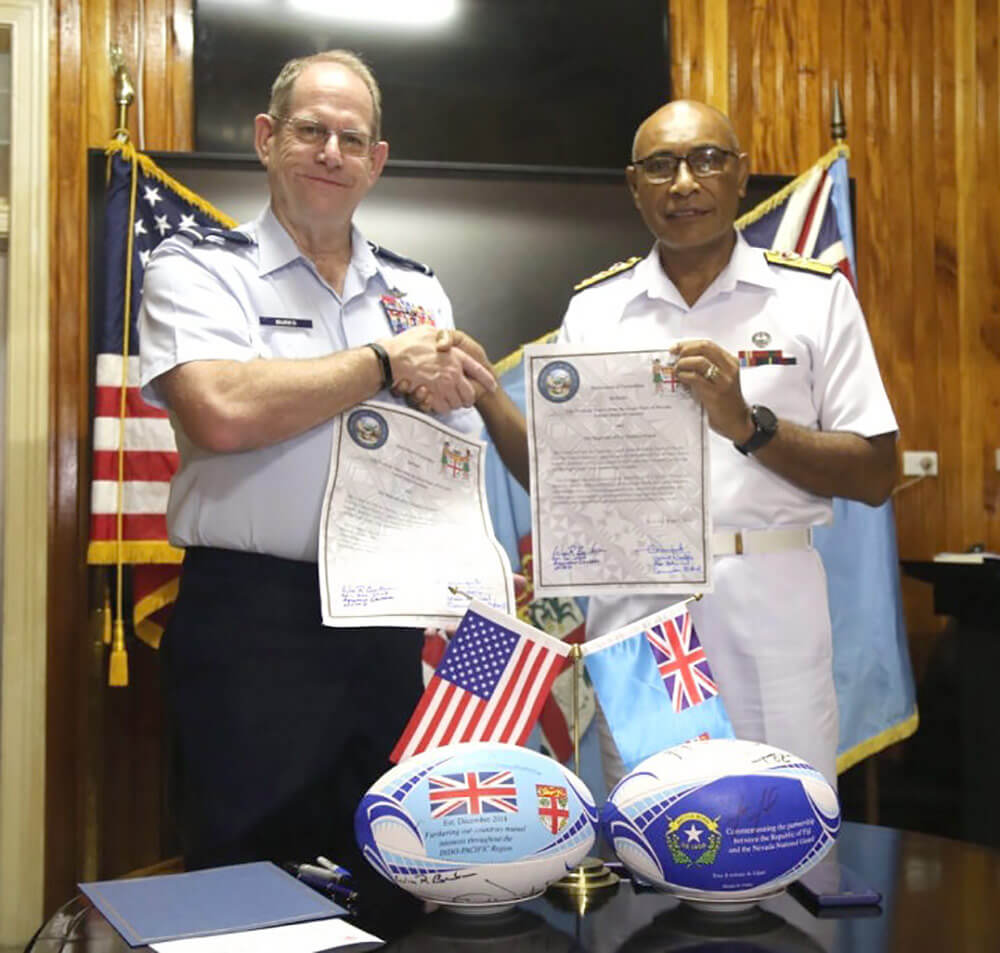 The Nevada National Guard and the Republic of Fiji hosted a signing ceremony in February, 2019 at the country’s capital of Suva to officially enter the island country into the State’s Partnership Program (SPP). This new partnership was formally announced by U.S. Assistant Secretary of Defense for Asian and Pacific Security Affairs Randall Schriver on Dec. 14 last year. Nevada has been partners with the Kingdom of Tonga since 2014.

Fiji is the 76th country to join the SPP. This new partnership with Fiji is a reflection of the U.S. military commitment to the Oceania region.

The Nevada Guard will work closely to support the Republic of Fiji’s military forces and their Ministry of Defense in addition to the Kingdom of Tonga to further the countries’ mutual interests throughout the Indo-Pacific Region. The Nevada Guard will maintain a stable, enduring relationship with both Fiji and Tonga based upon the continuity of Nevada Guard members who remain in their respective States/units for their entire careers.

The SPP will continue to work diligently with the U.S. Embassy in Suva, Fiji, when engaging with both the Kingdom of Tonga and the Republic of Fiji. The U.S. Embassy there is one of two Oceanic American Embassies that represent the United States diplomatically for the local handful of small island nations. The other embassy is located on the island of Papua New Guinea.

The SPP is set to send a small assessment team this spring, consisting of Nevada Guardsmen, Indo-Pacific Command service members and embassy personnel, to assess the countries’ existing capacity for peacekeeping and maritime security.

Fiji is an Island chain located about 1,300 miles north of New Zealand, 3,100 miles southwest of Hawaii and 500 miles northwest of Tonga. Fiji consists of over 330 islands, of which about 110 are inhabited. The two major islands are Viti Levu and Vanua Levu where over 850,000—about 87% of the population—live.