Plans for the consolidation of Army forces in South Korea from U.S. Army Garrison Yongsan near Seoul to Camp Humphries, 50 miles to the south, began over a decade ago in 2004. More recently, Special Operations Command Korea (SOCKOR) also relocated to Camp Humphries with the help of two Soldiers from the Ohio National Guard.

SSG Kyle Brown and SPC Daniel Mize, both of the 1194th Engineering Company, Ohio Army National Guard, are currently deployed to South Korea on Active Duty Operational Support orders. The two Soldiers, whose expertise is in construction, have been instrumental in getting SOCKOR’s facilities up and running over the past year. 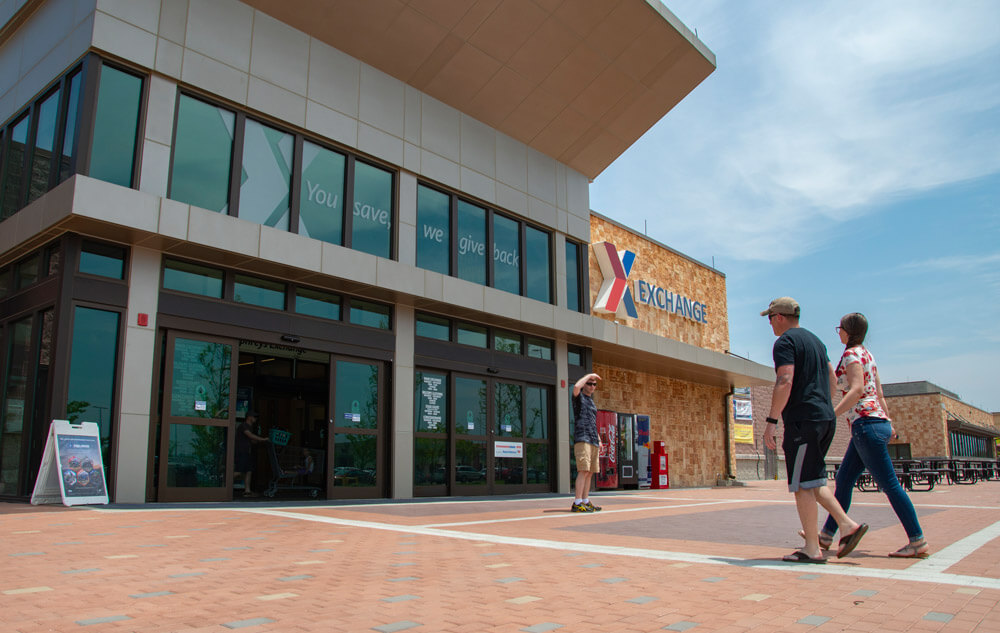 The entirety of Camp Humphries is a $10.7 billion project. The South Korean government is funding 90 percent of the bill for its construction, according to an Army report. By August of last year, almost 700 construction projects were already underway on Camp Humphries.  That included a new Post Exchange and commissary, housing, medical facilities and schools. Enough dirt was trucked in during the revamping of the Army post to fill Yankee Stadium 29 times over. The post’s population has grown from about 6,000 to 28,000 Soldiers, Family members, civilians, contractors and South Korean military members. The on-post population is expected to reach about 42,000 personnel by 2020. 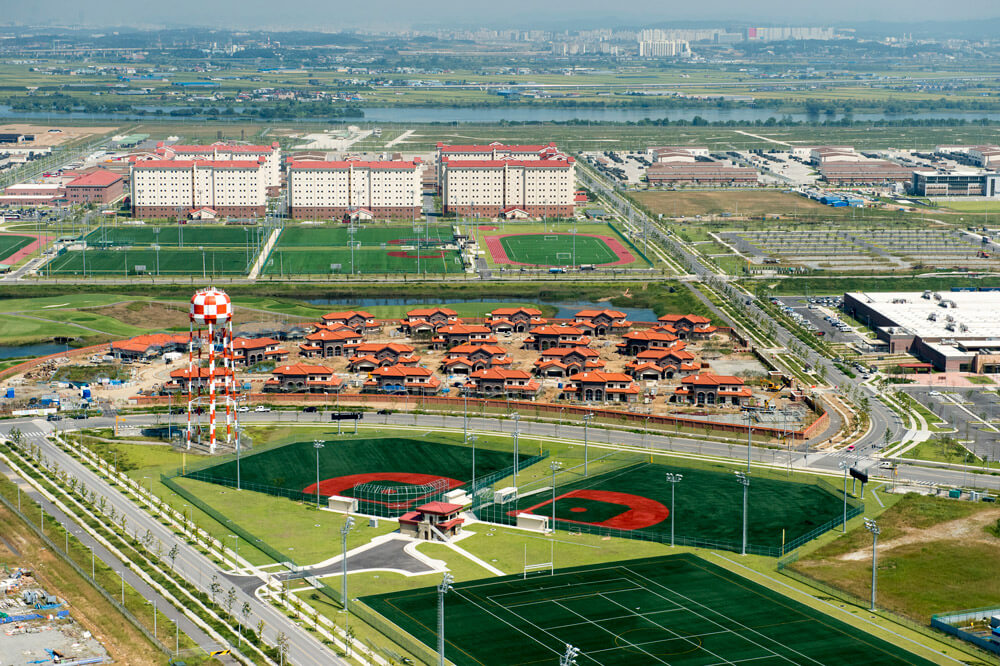 The lead-up to SSG Brown’s successful participation in these conversion efforts started when he decided he needed a “change of scenery” a couple of years ago. He saw the opportunity in South Korea posted on Tour of Duty, an online system that lists active duty assignments for reserve component Soldiers. He applied, and shortly after an officer got back to him about his interest.

“The lieutenant colonel that I was talking to asked me what made me the best engineer fit [for the job] and why I wanted to come here. I just wanted to actually help a unit that was requesting the type of knowledge I can actually offer.  We’re always trying to become better engineers overall. I want to be a better NCO [noncommissioned officer] for the Soldiers back home. So when I go back, I’m more knowledgeable and have more active duty experience to take what I learned here and apply it back in the Guard as well.” 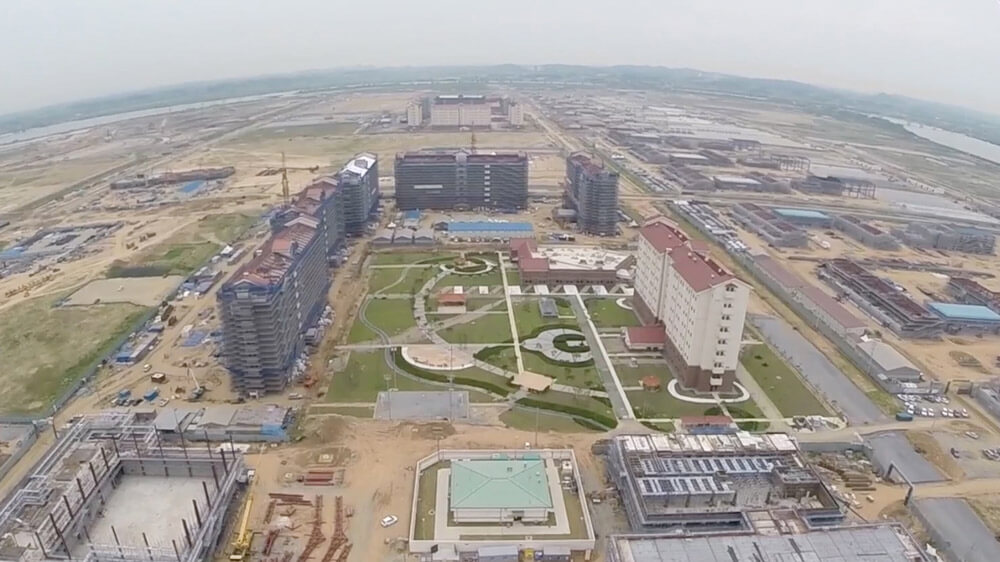 Within about two weeks, he went from drilling in Ohio to boots on the ground in Korea, arriving in January of 2018. He said he did not quite know what he had gotten himself into until he got on site. Expectations were set high for the Soldiers serving as part of the SOCKOR renovation. The work ahead would require heavy manhours and a serious “can-do” attitude.

SSG Brown’s civilian expertise as a construction project manager proved invaluable. They had three months to get the jobs done before SOKOR would officially move into their Camp Humphries facilities. He used his civilian skillsets to mitigate a few delays when getting the work started.

“The challenges, I would say, were that we didn’t have the resources,” SSG Brown said.  “The command really stepped up and said, ‘Hey, whatever you need, give us a list. We will buy the materials and the equipment.’  Within weeks, I gave a list of all the tools that I needed, all the building materials that I would need. There were no questions about it. Every time I needed something, they just gave it to me, right on the spot.”

One thing the command did not have, however, was standard quarters where SSG Brown could lay his head down at night. He made do with the conference room.

“That was a big challenge, not having a place to sleep,” he recalled. “I had a cot. I had a three-day go bag. I slept [in the conference room], got up, would eat, and then work all day till about eight, nine o’clock at night before getting some more sleep. I’d also work on the weekends. I was probably putting in between 16 to 18 hours a day.”

The SOCKOR chain of command recognized their new Guard Soldier needed more help. They left it up to SSG Brown to decide who that would be. SPC Mize got the call in the early hours one morning in in the spring of 2018.

“Initially, it was not a hard decision to make, because SSG Brown called me at three in the morning,” SPC Mize remembered. “I just wanted to go back to sleep,” he added with a laugh. 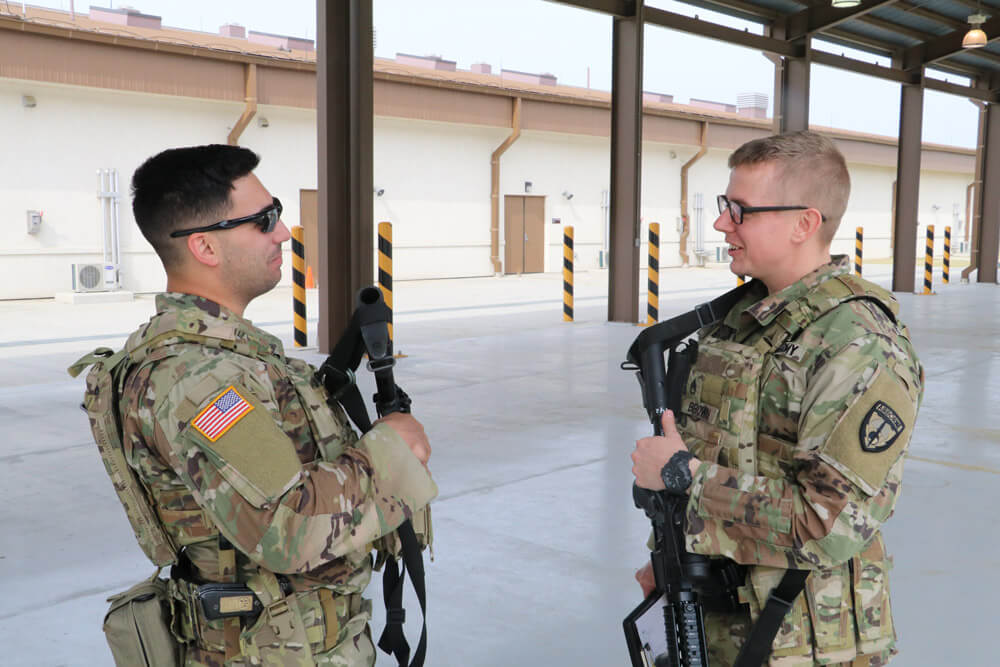 “Overall, it wasn’t a hard decision for me,” SPC Mize noted. “I can go back to a civilian job, but working in Korea SOCKOR is something that not many engineers will ever get the opportunity to do.”

SSG Brown agreed with SPC Mize’s sentiments, noting that working for SOCKOR has given him the chance to both supervise construction and get involved in plenty of hands-on work himself. For a few months, he took on several construction projects himself, but when SPC Mize arrived, he let the younger Soldier spearhead the hands-on duties.

“That’s when I was reaching out to the conventional engineers, and actually sitting down having meetings and getting these guys over here to help us out,” SSG Brown explained. Once he had gained the trust of SOCKOR leadership, SSG Brown said he was able to give more direct supervision of the projects, ultimately heading projects that had budgets in the millions of dollars. He even learned how to do drafting for the projects. 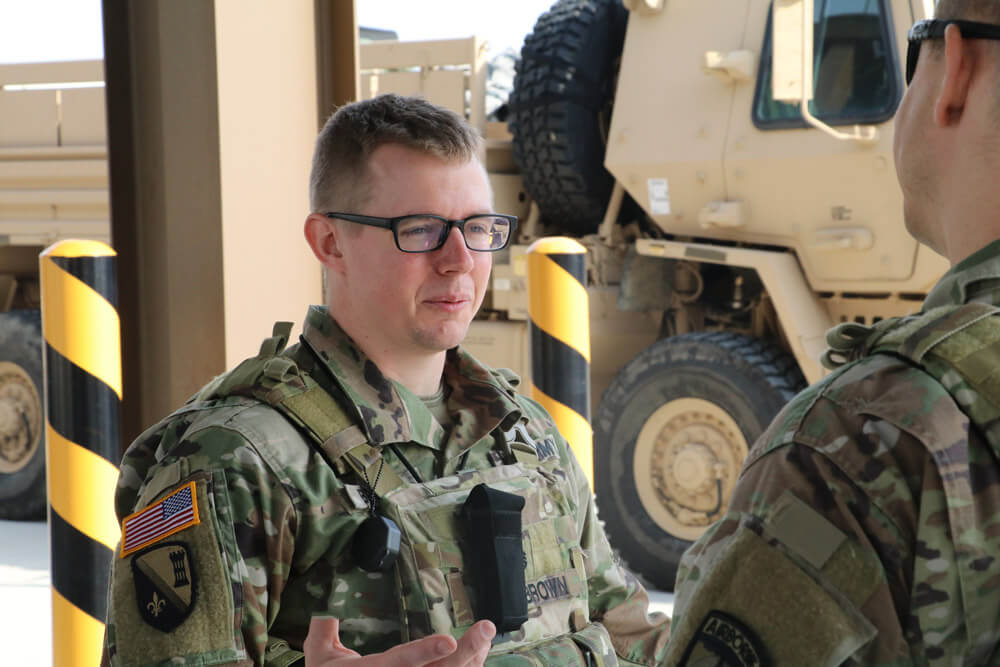 “So I’ve been doing a lot of drafting, supervising contractors,” he said. “It’s definitely a major learning curve for me. And it’s definitely not something that a normal carpenter would be asked to do.”

SSG Brown said he can see how this critical experience at Camp Humphries will translate to being a better Army National Guard NCO when he eventually goes back to the States. He added that he can also easily see how it may help his civilian career in construction as well.

“It’s definitely stepped up my ability to look at a project or look at a site and envision what needs to be done,” he said. “I mean, I was the architect. I was the foreman. I was a supervisor, all the way down to the guy swinging the hammer—being able to take what someone told me verbally, putting it into an email and into a design and then producing that product. And then they actually approved it with not very many revisions, because they trust me, a 29-year-old E6. I mean, I don’t know many 29-year-olds that are in charge of multimillion dollar projects.”

Like SSG Brown, SPC Mize noted that his opportunity to work in engineering at the SOCKOR facilities was unique and not something he wanted to pass up. He said he is glad he made the decision to join the project, although he admitted it was a big job to take on.

“I don’t believe in my time in the Guard—which is four-and-a-half years now—other than here, that I have ever seen a specialist spearhead a project before. I’ve only seen an E6 do it on Annual Training. It’s definitely a big responsibility with a lot for me to take on. I don’t think I’ll get to do this again until I get to E6.”

And how did the construction turn out? Everyone involved seems to be pleased with the final product.

“I think that the work definitely shows for itself,” SSG Brown said. “We’ve had command here, and we had other commanders doing a walk-through, say they were very impressed. [The visiting commanders] always wanted to talk to me or SPC Mize.”

SOCKOR command’s overall satisfaction with the work performed by the Ohio Soldiers went beyond just talk when both SSG Brown and SPC Mize were invited back to South Korea to continue the mission of maintaining the SOCKOR facilities at Camp Humphries. Both Soldiers said they have accepted the offers that signify a job very well done.