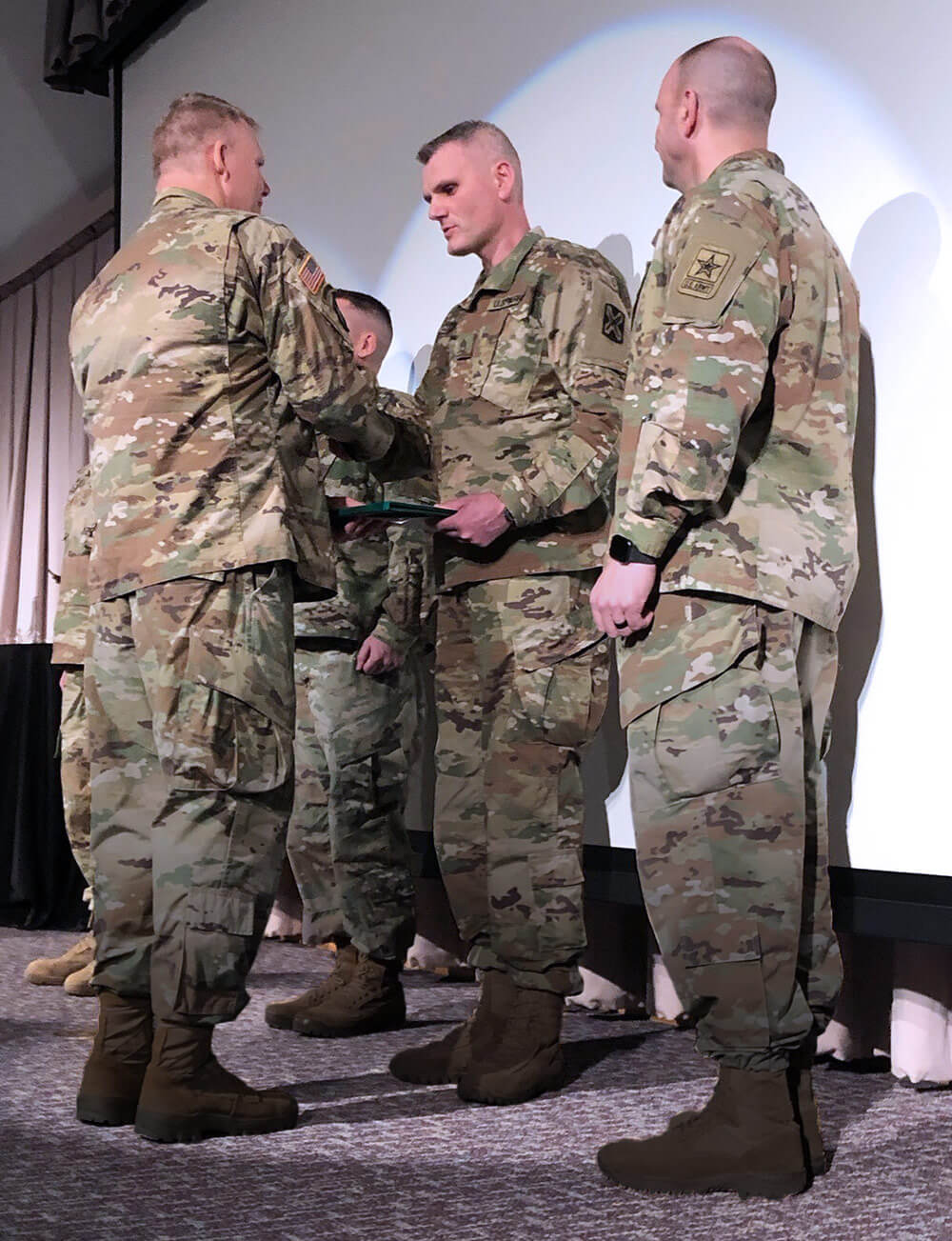 As many military intelligence professionals will tell you, learning a new language isn’t easy. Even more difficult is staying proficient to maintain your military occupational specialty.

“Throughout the past few years, 341st and the State command language program manager [CLPM] have invested many hours in developing a robust and relevant language program, so this award is a reflection of the state CLPM and 341st dedication and efforts,” said LTC Teresa Wenner, commander of the 341st Military Intelligence Battalion, Linguist.

The 341st MI BN CLP, managed at the Information Operations Readiness Center, is designed to develop and execute unit language training plans, help support the operational and contingency objectives for linguists and build proficiency among Guard members in the counterintelligence, human intelligence and signal intelligence fields.

“During this past year, the State CLPM has been further developed, adding two on-site computer labs at Joint Base Lewis-McChord and in Spokane at Fairchild Air Force Base,” said LTC Wenner. “We also created an on-site library that has over 400 books, movies, interactive software and magazines in multiple languages. The material is being continuously ordered through suggestions from cohort leads and updated monthly.”

A shining gem of the program is ensuring linguists have access to materials and resources for self-study, as well as reliable mentorship from a higher level linguist.

“The higher level linguist holds their cohort accountable, as well as provides a network of linguists to share information and upcoming language-related opportunities,” said LTC Wenner.

“Staff Sergeant Corduneanu regularly works with other Soldiers in his unit as part of our battalion’s cohort program to improve the language, culture and regional expertise of his fellow linguists,” said LTC Wenner. “He also seeks out opportunities to improve his language skills, including taking part in training events at home and overseas. Most recently he served as an interpreter while mobilized, supporting Special Operations Command-Forward Eastern Europe during Operation Atlantic Resolve.”

As part of his recognition for the achievement, the brigade language program is providing SSG Corduneanu with a six-week opportunity to attend foreign immersion training for his many languages to enhance his language proficiency later this year. This will include trips to Eastern Europe to immerse in the language, culture and lifestyle.

“The great Soldier he is, Staff Sergeant Corduneanu has turned down the immersion trip because he wants to do airborne school,” said MAJ Laura Dutton, executive officer for the 341st Military Intelligence Battalion. “He has always wanted to go to airborne school and is showing his Soldiers that you can do anything you put your mind to.”