He still lives with pain in his left wrist, resulting from the wound suffered on June 3, 2012, but he doesn’t spend much time thinking about that day. 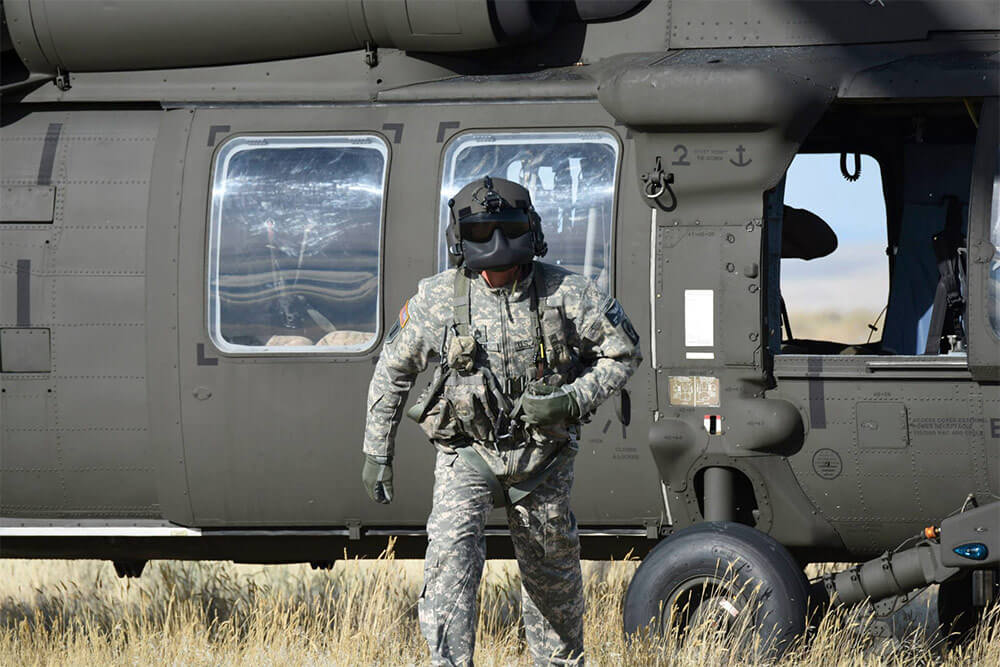 “I don’t really think about it a whole lot anymore,” SSG Vieth said. “I realize I have certain questions that can’t ever be answered. I got as many answers as I could and put it to bed in my mind.”

After two years of counseling and conversations with everyone involved but the shooter himself, SSG Vieth sleeps peacefully at night.

“Life’s too short to waste time on things you can’t affect,” he said. “If you go your whole life thinking about it, it will eat you up. I’m still here. I’m still alive. You gotta do as much as you can while you can.”

Before Company A, 1-168th General Support Aviation, deployed to Afghanistan in May 2012, it conducted mobilization training at Fort Hood, Texas. The Idaho National Guard unit was a command aviation company responsible for transporting Soldiers and VIPs throughout the country.

The unit was two weeks into its battle handoff with the Utah National Guard’s 1st Battalion, 211th Attack Reconnaissance Battalion. Flight crews were a mixture of members from both units as the outgoing unit showed the incoming unit the terrain and key locations it would need to know.

Then SGT, now SSG, Vieth was a Black Hawk crew chief at the time. He wasn’t scheduled to fly on June 3, but he volunteered for a mission to Taqab to allow another crew chief some rest after a long flight the night before.

A team of two Black Hawks flew to Taqab. Though the area was a known hot spot for enemy activity, the team flew without the support of a gunship. The 1-211th had almost completed its deployment and had not lost a single Soldier or aircraft. 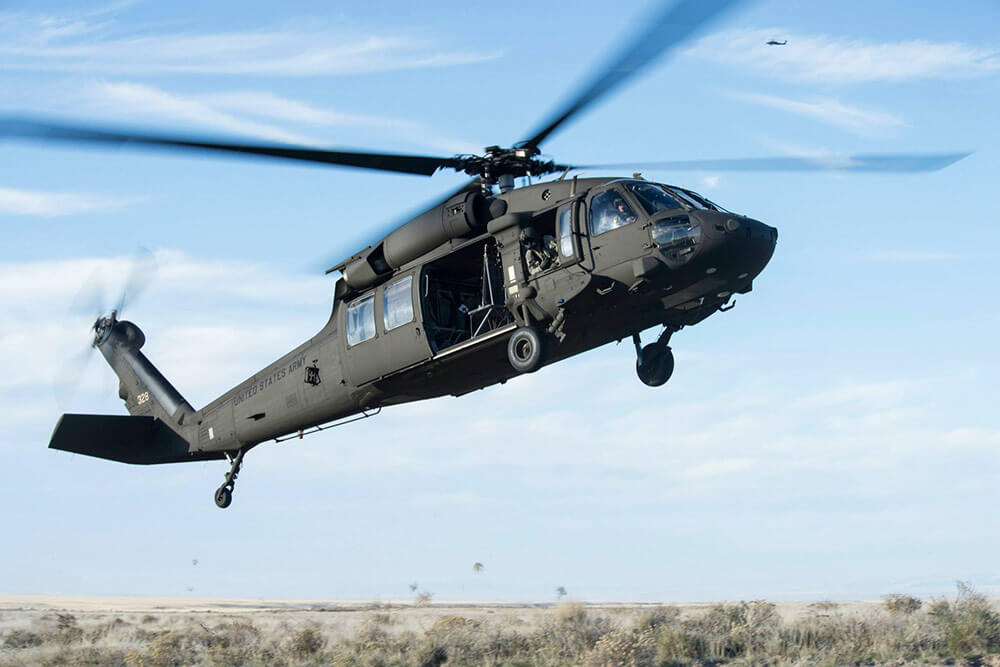 Once at Taqab, SSG Vieth’s helicopter stayed in the air to provide security while the other Black Hawk landed with the passenger. SSG Vieth was on the aircraft’s right when he saw something white come out from under the trees ahead of him.

“I remember seeing this man come from underneath the trees,” he said. “He had his gun turned to the left. I saw him raise his arms. I could see he had a rifle of some sort. He was a direct threat to aircraft, so I immediately engaged. So did he.”

SSG Vieth fired his M240H machine gun at the man. He did not miss, but neither did his target.

“I remember seeing a dust [cloud] around his feet, but at the same time, I remember getting thrown off my seat,” he said.

An armor-piercing round entered the bottom of his left forearm, shattered two inches of his radius as it exited and went through his shoulder.

Then 1LT, now CPT Ramesh Kreizenbeck, who was piloting the Black Hawk, recalled hearing the outgoing fire, but not the incoming enemy rounds. When he called back for a status check he received  no response.

“What’s going on?” he asked. “Do you see anything?” When he did not receive a reply, he thought it abnormal, CPT Kreizenbeck said.

“I asked the other door gunner, SPC Janica Hanover, to see what was going on with SGT Vieth,” CPT Kreizenbeck recalled. “She looked back and said, ‘He’s on the ground.’ I looked back from my seat and I could see him on the floor of the aircraft bleeding.”

“My life flashed before my eyes at that point,” SSG Vieth remembered . “I felt [disconnected] because I couldn’t communicate. I saw [my whole life] – from when I was a kid, up until the unit left Boise – everyone and everything in a matter of seconds.”

SSG Vieth said he never lost consciousness and that initially, due to the adrenaline his body was releasing as it went into shock, he did not feel much pain.

“I was talking to my God and asking him if he was going to allow me to at least let me see my wife and kid one last time before I go,” he said.

But his fellow Soldiers had already begun to act as their training took over. CPT Kreizenbeck directed SPC Hanover to apply first aid. He then radioed in to inform the unit’s command and the second chopper’s crew of the situation. The other Black Hawk had already discharged its troops, accomplishing the mission.  CPT Kreizenbeck flew the 20 miles back to Bagram Air Base and landed as close to the hospital as possible. SSG Vieth said the adrenaline had started to wear off by that point and his arm was hurting badly.

The medical staff had a gurney, but SSG Vieth said he was too hardheaded and proud to use it, as he demanded to walk into the hospital on his own.

Within six hours, SSG Vieth was out of the country. He would later ask his entire chain of command if he could return and complete the mission with his unit, though he was ultimately unable to do so.

THE ROAD TO RECOVERY

SSG Vieth would receive seven surgeries as a result of his wounds. The first was in Afghanistan. Then he was flown to Germany and then Joint Base Andrews in Maryland for additional surgeries before having his arm rebuilt at Madigan Army Medical Center at Joint Base Lewis-McChord, Washington. 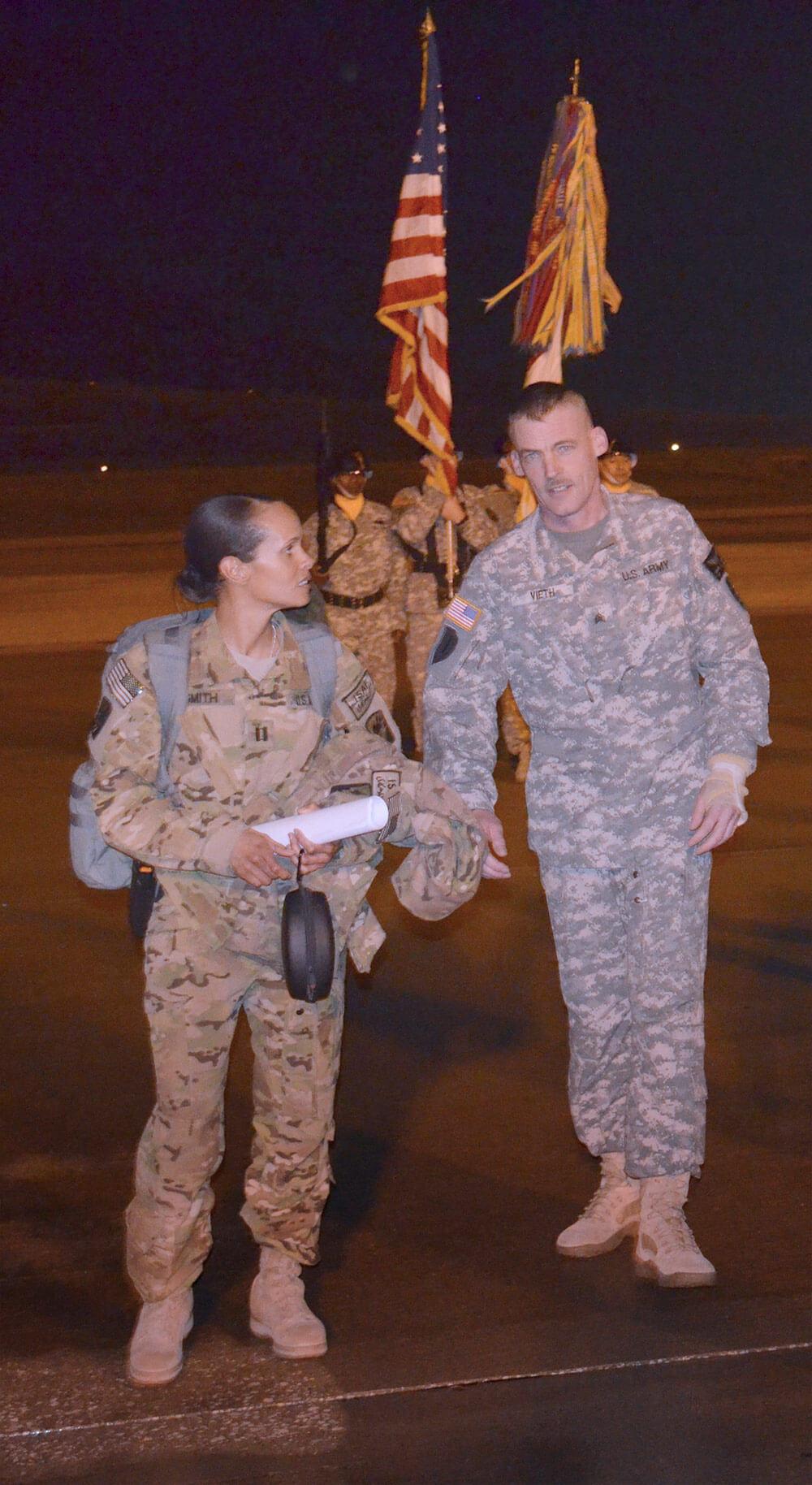 Today, he has full use of his left arm and fingers. He lost some mobility in his wrist, but can move all his fingers and has feeling in most of his arm. His arm was numb at first, but eventually regained feeling after its nerves recovered from the shock of having a round pierce through it. His fingers started working on their own, but his thumb required a tendon transfer. One of the two tendons from his middle finger was cut and transferred to his non-working thumb’s tendon.

“For about a month, I would move my middle finger and my thumb would move at the same time,” he said.

SSG Vieth spent four months recovering at Fort Lewis before returning home. He wore an arm brace for about a year and had a permanent profile for push-ups. Once he felt fully recovered, he asked to have that profile removed and performed 76 push-ups on his next Army Physical Fitness Test.

“Wounds, whether physical or mental, don’t have to be the limiting factor in your life,” he said. “Some way, somehow, you can find a way around it to do whatever you want to do. If you’re driven, you can still make your life happy.”

CPT Kreizenbeck now works on the same base with SSG Vieth and sees him weekly. He described SSG Vieth as a hard-nosed, but friendly man.

“He’s a go-getter,” said CPT Kreizenback “Even if he gets hurt, he wants to keep going, fighting on.”

After returning home, SSG Vieth started having flashbacks and nightmares of his time in Iraq with the First Infantry Division during Operation Desert Storm/Desert Shield in 1991. He has no idea why his mind focused on that deployment and not his more recent one, but he became restless in bed, tense in cars and haunted by the death and destruction he saw during the Army’s initial invasion of Iraq.

It became too much for his marriage, though he doesn’t blame himself or his former wife for the divorce. As his physical injuries healed, he sought help in maintaining his mental health. He found relief in the words of those present the day his life changed, as well as a counselor who listened to his thoughts on a wide range of topics. 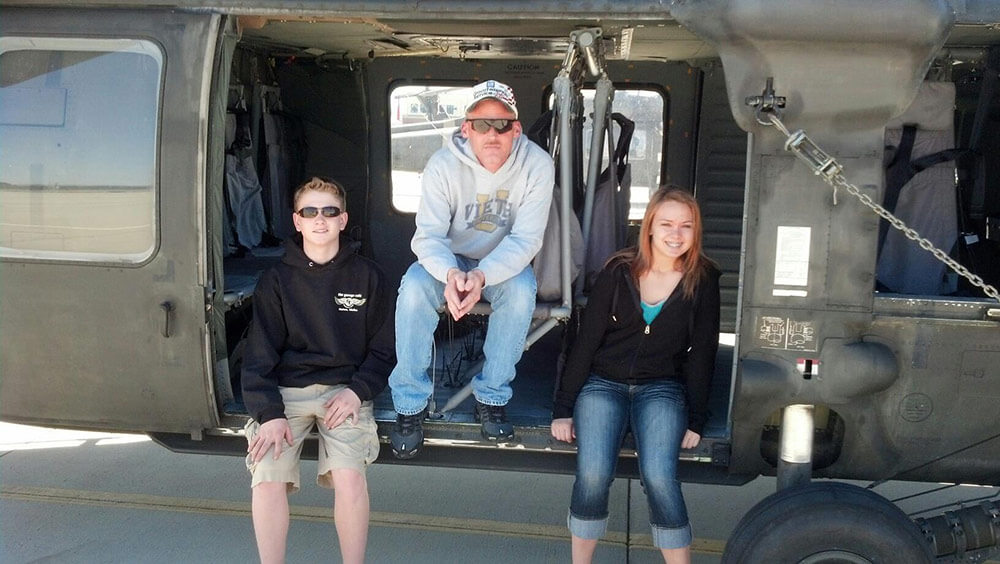 SSG Vieth said after talking to a counselor for two years, a lot of what bothered him went away.

“I’m a big fan of people with PTSD going to talk to people,” he said. “It seemed to work itself out. I sleep pretty peacefully now.”

He said he talked about a number of things with the counselor and that having a neutral party who didn’t know him or judge him made it easier to sort through things in his head.

“A lot of people are anti-counseling,” he said. “It’s human nature to think you can fix everything. Understand that if you need help, there are people who are educated in this area who are good at it. If you can get past that first hurdle, it’s easy.”

After returning home, SSG Vieth was able to talk to the crew and his commander about what happened the day he was shot, which helped him come to terms with the event.

As an Active Guard/Reserve Soldier, SSG Vieth is now the readiness noncommissioned officer for Company B, 1-183rd Aviation Battalion. 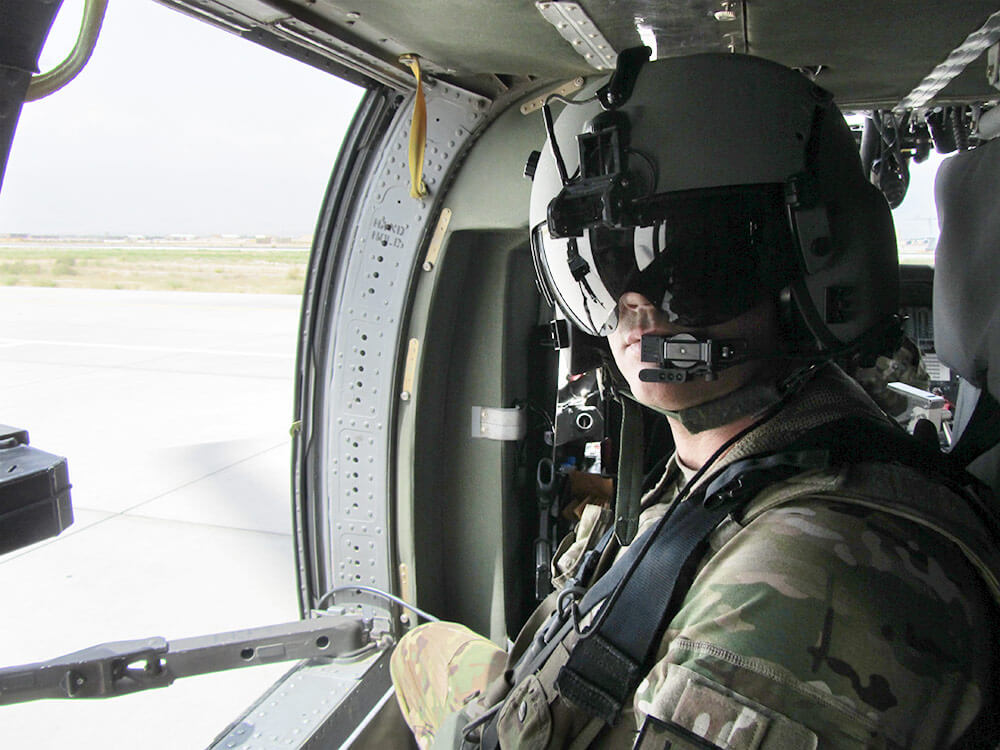 SSG Vieth is also at peace with the man who shot him.

END_OF_DOCUMENT_TOKEN_TO_BE_REPLACED

END_OF_DOCUMENT_TOKEN_TO_BE_REPLACED
Teammates in the Guard – Competitors in the Sky
CitizenSoldier 2017-10-27 December 3, 2018
Always Ready