How the Stars Aligned to Create Maryland’s Historic Leadership Team

How does one make history? Is it a deliberate act fueled by careful planning, or does it occur through a series of seemingly unrelated coincidences, all aligning toward a larger destiny? For the Maryland National Guard’s history-making all-female command team, it was a little bit of both. 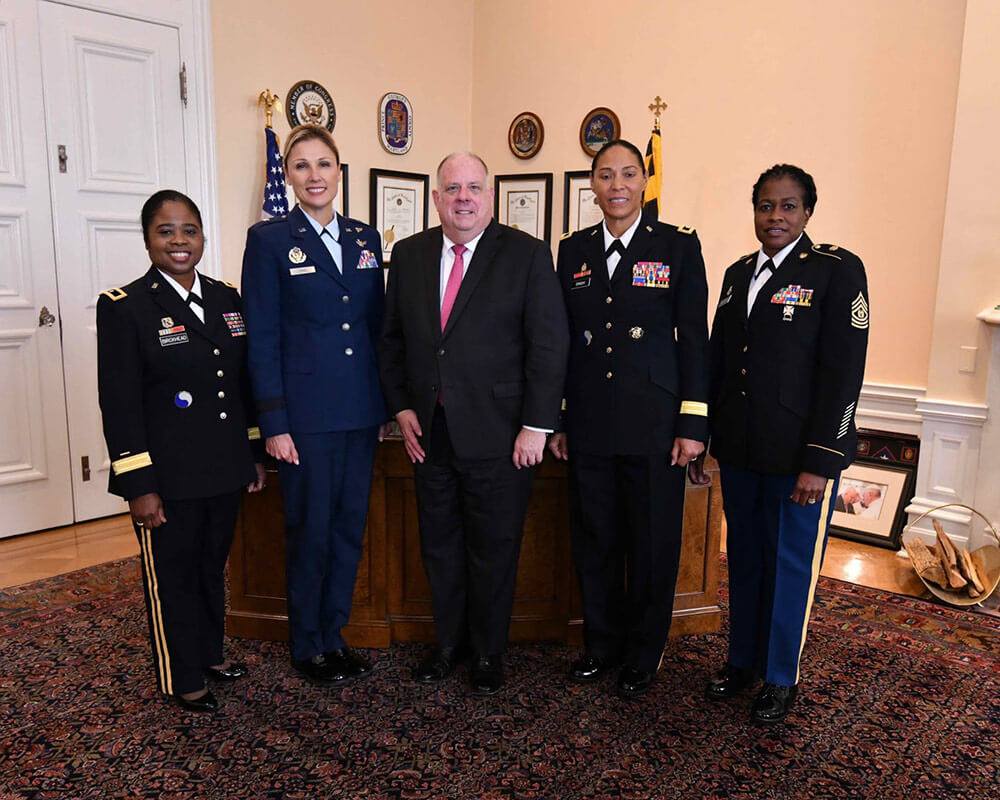 The team is a product of deliberate planning and fortuitous timing. Succession planning was ingrained in MG Singh by her predecessors and was a large part of the team’s formation. 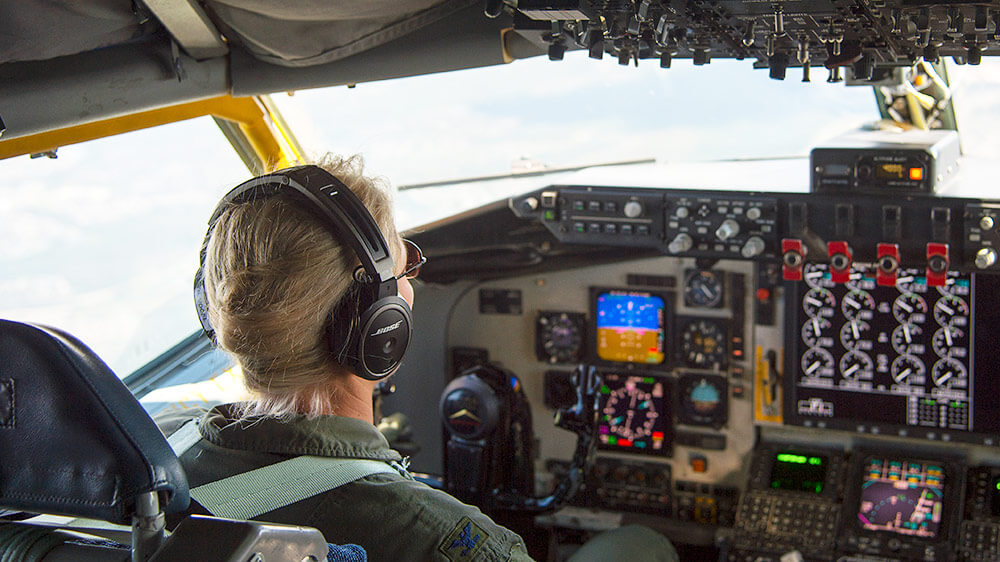 “You have to look deep in the organization to know the leaders that you have coming into play,” explained MG Singh. “About a year and a half ago, I saw that—depending on moves, retirements and national-level assignments—we could potentially have an all-female command team.”

When MG Singh felt she had the best team in place, she went to Maryland’s governor for approval.

“I said [to Governor Larry Hogan], ‘I don’t want you to think it’s all about girl power and that I’m not thinking about the guys, but these are the right individuals,’” MG Singh said. “It was really about timing and leaders that have the right skill set. I don’t think in my whole career I’ve ever seen it lined up this perfectly.” 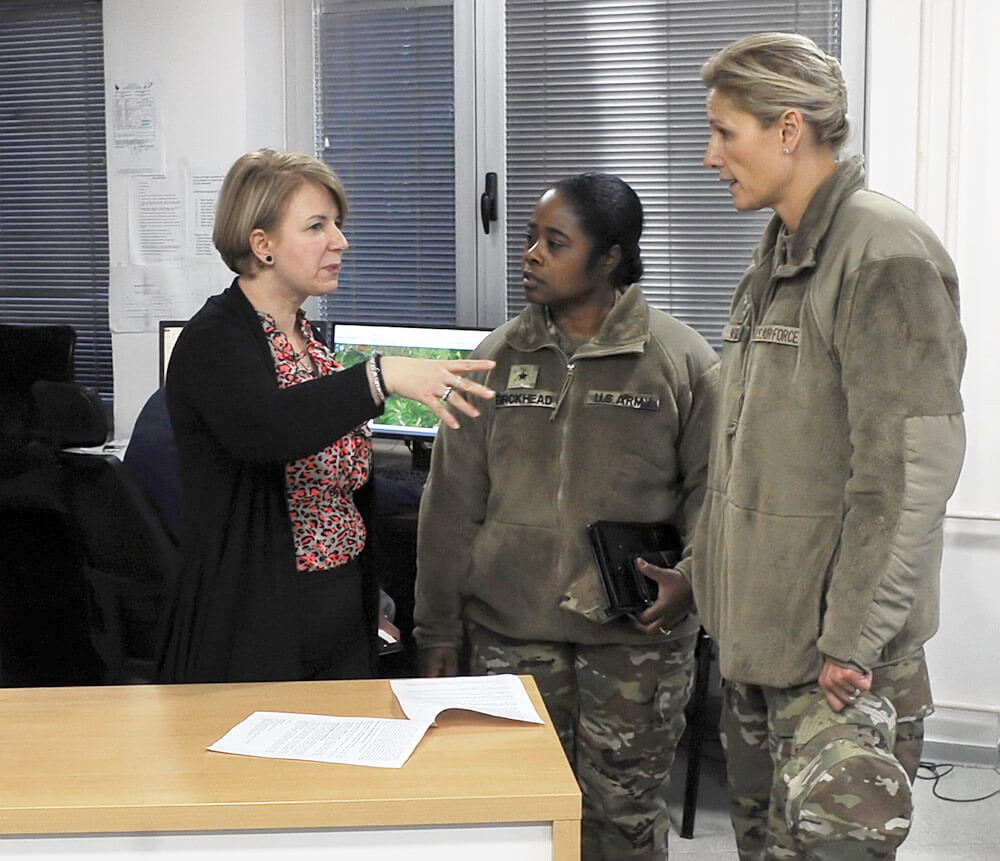 According to MG Singh, the fact the right individuals were all women was a happy coincidence.

“It is a big deal,” she noted. “But regardless of whether you’re male or female, it doesn’t matter what background you come from—it’s about what you are doing. How are you showing up? What are you bringing to the table? When I see talent, I try to figure out how to get that person in the position in which I think they’re going to serve well. [The governor] trusted my judgment and was very excited.”

MG Singh handpicked each team member based on their background and skills that would align with the needs of the Maryland National Guard. BG Birckhead was chosen for her expert knowledge of logistics and ability to ensure readiness within the force. Brig Gen Vogel’s background as a C-130 pilot made her a surefire leader to assist in Maryland’s upcoming transitioning of airframes. CSM Wilson’s deep understanding of personnel and compassionate nature provided her with the holistic perspective MG Singh sought for the Maryland Guard’s command sergeant major. 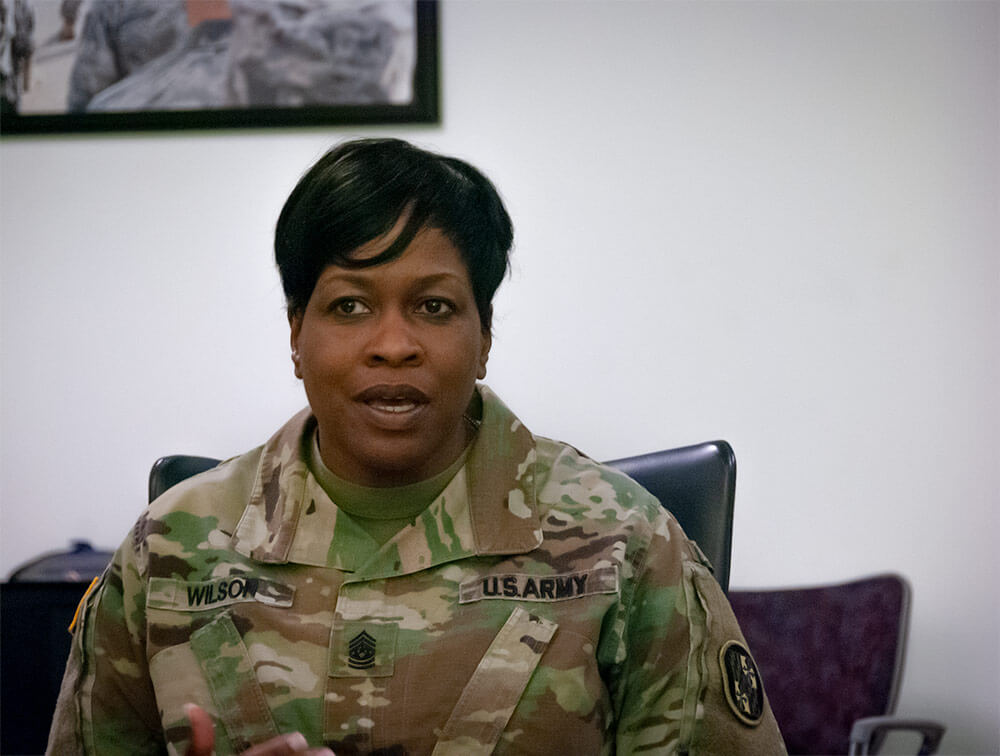 Each team member possesses more than 20 years of dedicated service, giving the team a unique combination of experiences and expertise.

“It takes 20 years to grow one of us,” commented BG Birckhead. “That’s how long it takes to get in this seat, to wear this star. I’m proud to serve on a team with such broad capabilities, competencies and experiences. When we’re in a room and people are talking about [what] their team has done before, I can say ‘Our team did that too and we did it while having babies’ because we’re all mothers.”

MG Singh acknowledged the progress the National Guard has made over the years when it comes to equality for female service members. She went through basic training in 1981 and said that she quickly noticed the challenges women in the military had to face.

“Think about where we were in 1981 and women coming into the military,” MG Singh said. “It wasn’t too long after integration, so there were still challenges in how females were looked at and thought about. But that was never [what] drove me every single day. It was never ‘what are my male counterparts thinking of me?’ The only thing I kept thinking was ‘if they can shoot that way, then I can shoot faster.’”

When MG Singh became pregnant, the challenges of being a woman in the military came fully to the forefront. She only told her male company commander about her pregnancy, initially keeping it a secret from the rest of her company. 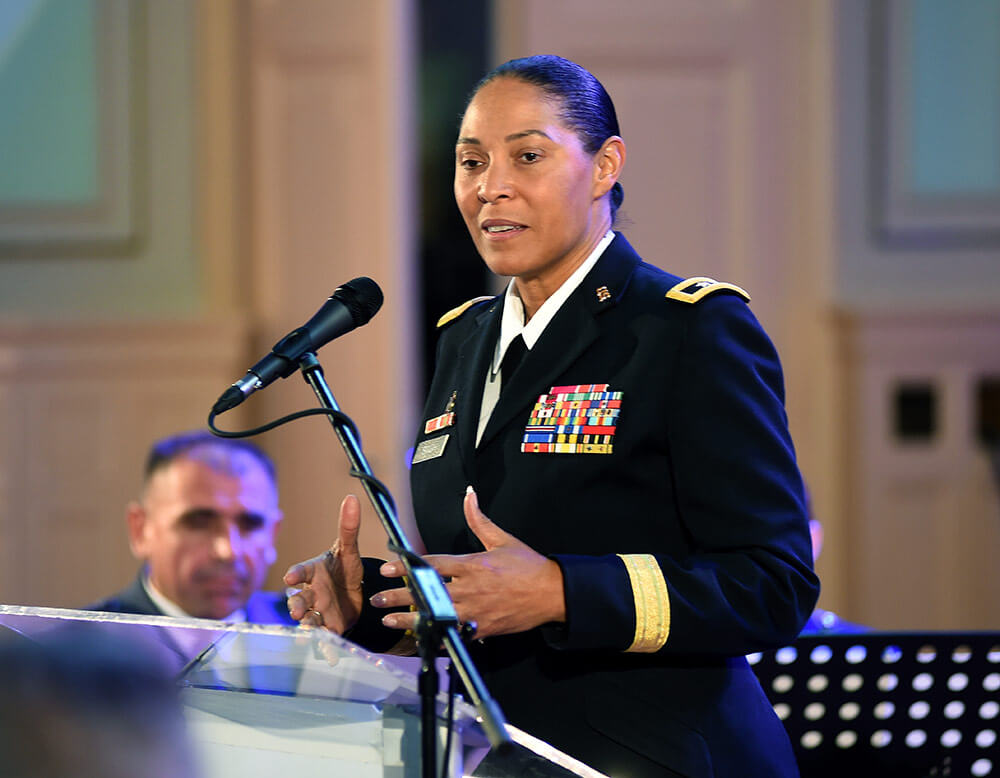 “Because I was in a male environment, I didn’t want anyone to know,” she explained. “If it wasn’t for me having to wear a dress uniform, which I couldn’t fit, [the company] wouldn’t have known until I was seven or eight months. To tell you how it was during those days, they did not want me in the motor pool because I was pregnant.”

From once feeling the need to hide her pregnancy to now leading a command team fully comprised of proud mothers, MG Singh can attest that being a woman and a mother does not need to hold anyone back.

“For this particular team, when someone is sick at home, we get the phone calls,” explained MG Singh. “We balance our work and then we take care of home. It doesn’t make us any less valuable because we have other [responsibilities]. Everyone has some [other responsibility].”

MG Singh is a testament to the positive change the Guard has and continues to make.

“Things have changed a lot,” MG Singh said. “But [the challenges] helped me become a better leader. You learn how to adapt. But notice I say adapt and not assimilate. I wasn’t changing who I was fundamentally.”

For Brig Gen Vogel, trusting the advice of her mentors and keeping focused on making valuable contributions, rather than focusing on the male-dominated environment, helped her achieve such a successful career.

“I’ve been lucky that over the course of my career there have been people who have brought me up, both male and female,” noted Brig Gen Vogel. “So, it’s just been about making sure that I was contributing. I didn’t look around the room and say ‘How are they looking at me from a female or male perspective?’ It was ‘How are they looking at me based on how I am performing?’ That has served me well over my career.”

Brig Gen Vogel said she feels honored that her career led her to a command team of collaborative and supportive teammates.

“We have great dialogue back and forth about things we may completely agree or disagree about, but it is 100 percent constructive,” she commented. “So, I’m just like ‘Let’s do this!’ I don’t think about who’s sitting where, but it is something I’m very proud of. When I look across the room, I see people who look like me.”

Early in CSM Wilson’s career, she noticed the lack of female leadership. When she realized that in the Army, both Guard and active duty, the highest rank of the average female Soldier was an E6, she sought to change that. 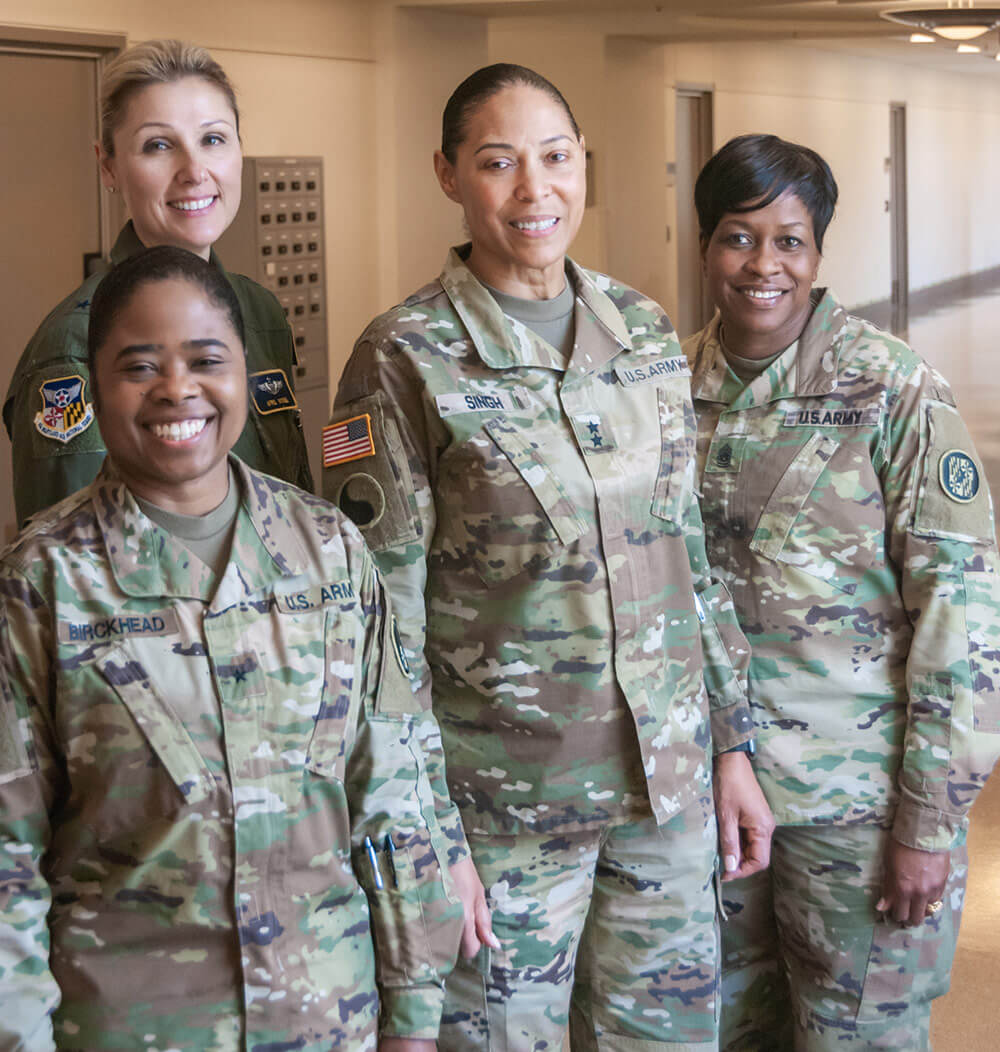 “A big dream for a lot of females was just to rise above the rank of E6,” CSM Wilson explained. “My thought process was I either need to become an officer or at least make it to E7. When I said that to some of my male leaders, they laughed at me. But they said, ‘Well, this is what you need to do. Can you do it?’”

Surpassing her goal of becoming an E7, CSM Wilson achieved a dream she never imagined for herself. She is proud her command team is showing how dreams of the past are now realities.

“As a young Soldier, I never thought I would make command sergeant major,” said CSM Wilson. “Today you see females rising to different ranks, levels and achievements. Making it to the rank of E7 or command sergeant major is becoming a reality because it’s being shown that we’re successful.”

For States with leadership wanting to emulate the level of inclusivity present in Maryland’s command team, MG Singh stressed the importance of being dedicated to diversity.

“If [States] want to get more females in senior positions, they shouldn’t be striving to have an all-female team—they should be striving to have a competent leadership team that is diverse,” MG Singh explained. “That takes being very deliberate, making sure people are getting the right opportunities and sometimes making the hard calls.”

“It’s taking those assignments you’re not comfortable with and consistently looking at where you need to be in your career,” said BG Birckhead. “[For our team] it was stars aligning, but it was also very deliberate.”

“You have to affect your own future,” Brig Gen Vogel agreed. “You’d be surprised what people want to achieve, but just don’t know how or don’t think they can. Young ladies I have spoken with have said ‘I just didn’t think I could do it.’ If there’s anything gained by this leadership team, it’s that there are people looking up and saying, ‘Huh, who knew!’”