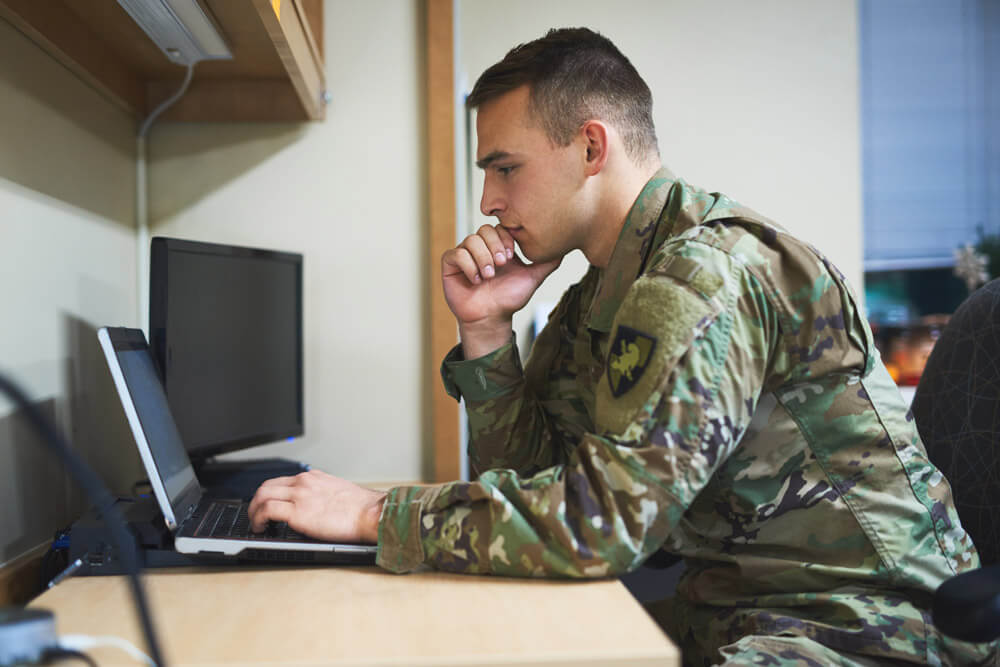 To receive one of these scholarships, students must be involved in the Simultaneous Membership Program (SMP) with a National Guard unit while in school and have a letter of acceptance from a local Guard unit stating it will accept the student in an SMP status. Following graduation, Cadets begin a new Military Service Obligation (MSO) contract and serve eight years in the National Guard, which includes training.

Recipients receive full tuition, plus up to $1,200 for books, and are paid a monthly allowance in the following amounts: $350 during sophomore year, $450 during junior year and $500 during senior year. Grad students can also apply if they have only two years remaining until they graduate.

In addition to a monthly allowance, students can also receive the drill pay of a sergeant—approximately $225 per month—when they participate in the SMP.

Similar to the DEDNG scholarship, the GRFD scholarship is mainly for students entering their junior year of college with a GPA of 2.5 or higher. They also must join the SMP of a Reserve Officer Training Corps (ROTC) unit on their campus. GRFD recipients (dedicated or not) can choose either full tuition and fees or room and board, and receive $1,200 for books. They are given an ROTC allowance for 10 months of the year at $420 per month. As a member of the Guard, they will also receive drill pay.

Minuteman Scholarship Cadets can be nominated for a scholarship by The Adjutant General (TAG) from any State or any Civilian Aide to the Secretary of the Army (CASA) in lengths of two years, up to four years. These scholarships are limited each year, and applications require a nomination memo with a handwritten signature from the nomination source. For more specific information and to learn how to apply, follow this link: https://www.cadetcommand.army.mil/arng.aspx

To qualify for these scholarships, students must:

END_OF_DOCUMENT_TOKEN_TO_BE_REPLACED

Pay Benefits While on Deployment

You more than likely know how your basic pay works as an Army National Guard Soldier serving during drill weekends and at training. But are you as familiar with how your pay changes when you...